How Blockchain Is Learning And Adapting 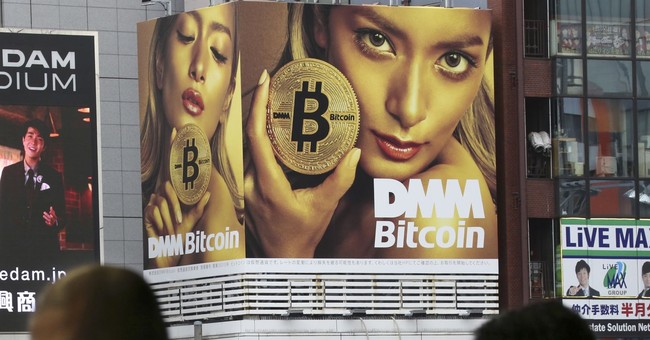 Despite the billion dollar valuations and big price movements in popular cryptocurrencies, their adoption by the public has remained limited. Lack of user awareness, high price volatility in valuation, delays in transaction processing, and high transaction costs have been the major deterrents for the mass adoption of cryptocurrencies as a mainstream method of payment.

While increasing user awareness and controlling price volatility of a specific cryptocurrency isn't always possible, new approaches can be devised for reducing transaction delays and costs which are caused by a complex mining process, a core activity that is an integral part of almost all popular cryptocurrency networks. Mining generates new cryptocurrency tokens and is used to authenticate transactions occurring on a blockchain. Standard mining processes involve solving a mathematical problem to find a hash value using computing devices. However, owing to their respective inherent mining mechanism, popular blockchain networks often face scalability issues that lead to delays in transaction processing.

The most popular cryptocurrency, Bitcoin, uses Proof of Work (PoW) consensus mechanism which works by increasing the difficulty level of mining as time passes by. A miner’s reward depends on the “effective work” contributed by them. While PoW makes the network secure by preventing spamming and hacking attacks, it requires an increasing amount of computing power for mining leading to inflated energy bills and need for new-age, faster mining hardware. It often results in centralization of mining power to those with high-end devices, a practice which goes against the decentralized concept of blockchain networks and makes the processing of small value transactions expensive.

Ethereum, another popular blockchain network uses a hybrid model combining Proof of Work with the Proof of Stake (PoS) mechanism, which attributes power to the miners in proportion to the number of cryptocoins (“stake”) they hold. A miner holding x percent of coins can theoretically mine only x percent of the blocks. While PoS eliminates the high energy cost and uses low end hardware, it inherently promotes cryptocoin hoarding instead or spending, and gives preference to big players over small ones.

There is a need to either make current mining protocols fairer or to come up with a new protocol to replace them. Achieving this could result in low- to zero-cost for blockchain transactions which would allow for widespread adoption of blockchain-based payments.

Can the Evolving IoT Ecosystem Help?

Due to the Internet of Things (IoT), the ecosystem of internet-connected devices continues to grow. IoT is the internet connected network of computing devices which are embedded in everyday appliances and accessories enabling them to store, process, send and receive data in real time. Such devices include white goods such as washing machines, dryers, air conditioners and vacuum cleaners, as well as accessories like computer printers, smart T.Vs and even automobiles. Available reports indicate a significant annual increase of 31 percent in global IoT devices to 8.4 billion during 2017 with estimates suggesting that more than 30 billion devices will be used globally by 2020.

IoT devices come fitted with micro controllers or processors and also have suitable memory modules to store and process the necessary data. However, despite the widespread, global availability of such devices, they largely remain unutilized for most of the time. For instance, the microprocessor fitted to a home printer, or the microcontroller fitted to a washing machine, is used only during the limited time the machine is in use even though they have the capacity to be remotely controlled across network infrastructures when not in use. This opens up an opportunity to integrate them with blockchain.

A few blockchain-based projects have been launched to harness their available processing power and memory, aiming to utilize the otherwise largely inactive resources to make the blockchain based cryptocurrencies agile, and functional as well as scalable, monetarily rewarding device owners for its contributions to the network.

A variety of blockchain projects have been launched – each using IoT devices in different flavors and with different working mechanisms.

IOTA was the first open-source distributed ledger designed with the intent to fix the high transaction costs issue. It powers the IoT device-based machine economy through feeless micro-transactions and offers high standards of data integrity, helping crypto to become more mainstream. It uses a mining-free mechanism called Tangle, which requires a transaction-issuing participant to authenticate two other transactions before their own transaction can be processed. The algorithms ensure that all authentication activities of various participants are vetted before the transaction is approved. Since each user has to authenticate transactions to get their own ones approved, the need for mining goes away and there are no transaction fees. Also, because each user has to authenticate two transactions the network is significantly faster. IOTA also has some drawbacks as it requires users to buy hardware for their IoT devices, and a minimum 4GB RAM combined with a micro-computer to run a full node. This makes the device more expensive, and gives the end user a less smooth experience as higher amounts of energy and memory are being used on the device.

IOTW is the latest IoT-based project, which facilitates micro-mining for IoT devices. They developed a new protocol to replace PoW and PoS which follows a secure and random election process to determine which IoT device will compute an eligible hash. In this way, the protocol solves the issues of PoW and PoS because it brings back equality to the blockchain and doesn't require a lot of mining power. The ledger is stored off the IoT devices on designated trusted nodes so the device's task is simplified-rather than using up a lot of memory and energy, they can participate in mining with minimal inconvenience to their users.  Anyone can join the IOTW network by downloading the IOTW firmware to their device, or by adding the IOTW-offered low-cost Digital Power System (DPS) chip to their IoT device which also helps in containing power consumption.

IoT Chain (ITC) is another blockchain attempt to harness the power of IoT devices. Although its focus is primarily on emerging as a data marketplace where people can buy and sell data generated by their IoT devices, it is also looking to solve IoT security issues and aims to create a decentralized high-speed IoT network allowing users to maintain their data sovereignty.

While the concept banks on utilizing the growing number of IoT resources that span across the globe, user adoption will be the key to success of such projects. Companies developing solutions for IoT need to take into account several factors including securing user data, minimizing power costs, ensuring instant and low-cost transaction processing, and offering suitable rewards for network contributors.