America Is Drowning In Debt: 5 Steps To Get Out Of It 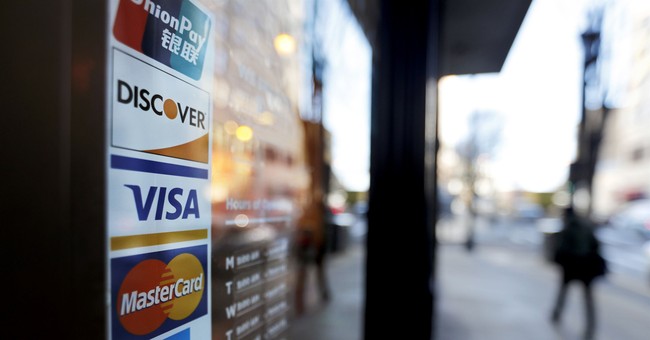 Amid soaring stocks and positive employment trends, it’s difficult to believe that under the hood, America has a real problem: its debt. The United States’ total debt was $19.9 trillion at the outset of the newest administration, but an expansive tax bill bumped this figure to over $21 trillion, which is set to balloon in the coming years. This trend has set off alarms in some circles. Last September, when the national debt hit the psychological $20 trillion mark, Senator Bob Corker tweeted that the “Greatest threat to our nation is our inability to get our fiscal house in order.”

This sentiment was echoed more recently by Howard Schultz, former executive chairman of Starbucks, on the CNBC show “Squawk Box”. Schultz also warned of the stock market’s false signaling and spoke on the danger of rising debt and interest rates that future generations must face. Though Starbucks gave universal raises to its employees after the recent tax cut, Schultz acknowledged that it wasn’t enough. Debt may be a collective economic problem, but it’s experienced on a per capita basis. A number cannot represent the suffering of any single individual overburdened with debt.

With government officials in the new administration less concerned about the longevity of their fiscal plan, debt reduction strategies are largely theoretical. However, the situation is far from a lost cause. There remain several poignant methods for reducing America’s nagging problem, whether it’s particularly bad student debt, credit card overspending, or hefty mortgages

Being saddled with constant, draining debt is an obvious obstacle to one’s future success—or at least, most would agree that it is. This empathy doesn’t extend to the court system, which puts an impossible burden of proof on what it is to suffer an ‘undue hardship’ that justifies the abolishment of student loan debt—one of the biggest weights on the ‘liabilities’ side of the public balance sheet.

This wasn’t true until 1990. Before Congress changed the law, it was possible to discharge a student debt after demonstrating five years of responsible repayment, but not anymore. Congress has yet to define the term ‘undue hardship’, so fighting a battle in court is always a losing one—especially considering how much legal fees might add to a student’s mounting debt.

For all intents and purposes, those nursing at the government teat have an unlimited supply of milk at their disposal, but being wasteful with it is detrimental to everyone. Using taxpayer dollars and deep public pockets to fight delinquent borrowers in court is a logical necessity, but it’s possible to be fiscally responsible at the same time. Part of this effort is to scrutinize potential borrowers more carefully, but also to be more cautious when chasing them.

The government’s debt collectors should borrow their strategies from private lending companies, who are undoubtedly more conservative. Private lenders tend to consider discharge or bankruptcy lawsuits on a case-by-case basis, to determine if the cost of litigation is worth the sum that they’re likely to recover from cash-strapped borrowers. It often isn’t, and so lenders will sell their debt or pursue another avenue of remuneration. This will ease the burden on suffering citizens while concurrently wasting less time and money.

Student loans are repaid into the enormous coffers of the Education Department, but if you can’t make payments, they’ll send their personal hound dog after you. The Educational Credit Management Corp. is a private group of litigators working at the pleasure of the government, and it goes after those who have filed bankruptcy and cited student debt as a reason why.

Using scorched-earth tactics, the group makes it financially unfeasible to use student debt as an impetus for bankruptcy. However, this travesty doesn’t even address why the Education Department must go on the offense at all. It may be logical to have lawyers protect the Department’s best interests, but few believe that their energy is best spent hunting the country’s next generation.

The introduction of social programs in America came at a time when life expectancy was lower. Now that modern medicine has increased the chances that citizens will live further into old age, the cost of these programs has expanded significantly. Instead of being able to redeem social security at the sprightly age of 62, moving it up to 68 or 70 would make more sense.

Like fighting bankruptcies, the government should also consider social benefits eligibility on a case-by-case basis. Some tradesmen, for example, would be eligible earlier due to the difficulty of continuing a strenuous career, while lawyers and other desk jobs would need to wait longer before attaining eligible status.

One of the most common facts trotted out in the debt reduction conversation is that America spends more on its military than the next 10 countries combined, most of whom are allies. Much of this is due to the military’s role as an employer, but also because of America’s self-imposed role as a sort of world police force. Waving a flag of democracy, the US looks after the civil rights of global citizens—especially when financial opportunities also align with its democratic values.

Reigning in military spending and focusing on improving from within, and not from without, would lift an enormous pressure from the national budget. However, like student debt and the cost of higher education, this is a hot-button topic that few politicians like to address, especially when facing an election.

Many countries have debts, but few handle it quite like the United States. While many of the potential strategies outlined above may work, American politicians will need to refrain from partisan politicking or risk a situation that spirals out of control. Politics aside, there are real solutions to the very real problem of debt, and just because it’s mounting does not mean it’s insurmountable.