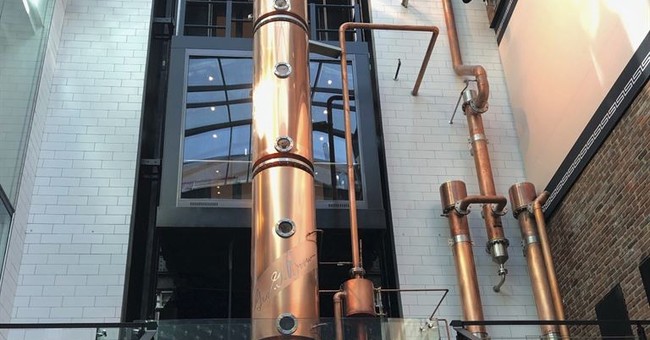 We've looked at ways in which the behavior of investors can help signal future economic expansion, or contraction, of the United States. Investors are a large group, a majority of Americans by some estimates, which means tapping into that group means tapping into a wide network of knowledge. This idea is called “The Wisdom of Crowds,” which we discussed in an earlier piece. ((link to blog titled “Dr. Market Says America is Recovering from Pandemic Economy”))

If the idea is that the 'crowd' of people who are investors in U.S. markets represent a widely distributed pool of knowledge, then perhaps looking at global market indicators might bring even more knowledge to bear. Let's take a look at a one of the most well-regarded ones, Dr. Copper.

“The term Doctor Copper is market lingo for this base metal that is reputed to have a "Ph.D. in economics" because of its ability to predict turning points in the global economy. Because of copper's widespread applications in most sectors of the economy — from homes and factories to electronics and power generation and transmission — demand for copper is often viewed as a reliable leading indicator of economic health. This demand is reflected in the market price of copper.”

So, copper price changes are thought to be responsive to the demands of global economic growth. This makes a certain amount of sense -- more homes mean more pipes, telephone wires; more global income means more customers buying more electronic gadgets. But economics is not just about demand, it's also about supply. A commodity can go up in price because people want it more, or it can go up because there is less of it available. So, we need to adjust for the change in supply if we're going to focus on demand. Also, sometimes the price of a commodity goes up because prices are going up in general. That's inflation. It doesn't mean global growth. It just means money is worth less. We have to adjust for that too.

First, we'll look at the unadjusted price of copper over time:

On the chart above, we see the recession of 1991-1992 in falling prices; the booming economy from 2002 to 2007 in the form of a spike; the Great Recession as a collapse in prices; the recovery as another spike; and a period of disruption globally during the years of the European Debt Crisis in 2010 and after. We see a spike as the tax cuts took effect in 2018, declines during the trade war in 2018 and 2019; a trough during the worst parts of the COVID crisis, and then a huge spike as the global economy reopened and recovered. So, it appears that even unadjusted copper prices are responsive to growth expectations. Seems like Dr. Copper might really deserve her PhD.

But she gets even better at forecasting when we made the adjustments for supply and for inflation that we discussed above. Let's take a look:

First, let's get oriented. The left-to-right axis on the chart above is price in copper when adjusted for supply and also for inflation. What we would expect to be leftover is demand (and of course, any noise, meaning emotion, miscalculation, political disruptions in mining countries, and so on). The bottom-to-top axis is the size of the global economy in the following year. Putting them on the same chart helps us see how well copper anticipates what's going to happen to the global economy in the following year.

In this analysis, the line slopes upwards, which we believe is good because that means there is a positive correlation between copper and subsequent growth, which is what we would expect. Dr. Copper generally gets the direction right in her predictions. The other thing to notice is that the dots are clustered pretty closely around the line. There is no universal rule for how good a fit is a good fit, it's more of a subjective fit. Subjectively, we believe that most people who look at this chart would say there's something going on here: Adjusted copper prices really do seem to track with future global growth fairly well.

One final thing to notice is that the current price, represented by the vertical line on the chart labeled "Current," is relatively far to the right side, which would be a signal of a strong global recovery based on the thesis (and if Dr. Copper is right this time around).

Of course, we don't know if Copper is accurately forecasting next year's global growth, so we'll just have to (ahem) Cu next year to find out.