Letter On The Politicization Of Corporations 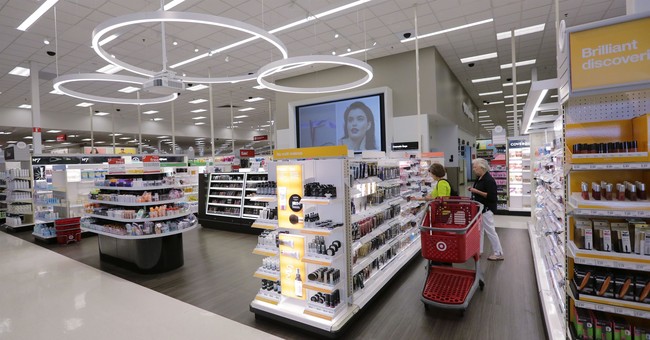 I am part of a team that designs and manages investment funds. My colleagues and I have become increasingly concerned about the politicization of publicly traded companies. Rather than boycott or complain, however, we decided to talk to the managers of the companies we own. We’ve written to all of the companies we hold in our two domestic stock portfolios — or at least all of them, 313 in total, that care enough about shareholders to publish the email address of their respective investor-relations departments — asking them to discuss with us the following:

We are invested in you.

We own shares in your company because we believe that you provide a healthy mix of profitability and effective corporate leadership and governance at an attractive level of valuation. We chose to invest scarce capital in you because we believe you exemplify one of our key principles: the importance of human productivity which for us represents how wealth is created.

We are not political activists, who buy the minimum number of shares in order to try to push companies into taking certain political stances, but are instead an institutional investor who purchases public company shares to maximize the probability of getting a good return for our fund shareholders.

We wanted to lay out for you what we, as shareholders, expect from the board of directors and top management of your company in terms of political activity and social engagement.

We expect you to stick to your mission, which is to create wealth through excellence, innovation, and prudent growth. That is your social mission.

The assets which you manage, you manage on our behalf. You are stewards of the wealth of our clients. It is required of stewards that they be found faithful to those who have entrusted assets to them.

When companies allow themselves to be tempted, bullied, cajoled, nudged or otherwise drawn into various political issues of the moment which are not core to the business itself, whether by political activists, media, proxy services or Twitter mobs, they are off-mission and, frankly, misusing shareholder resources.

In addition, taking stances on hot-button issues peripheral to their business operations exposes companies to various unnecessary risks, such as the alienation of large portions of their current potential customer base, and also to legal, political and regulatory backlash.

Opinion polls show that a majority of Americans, including members of both major parties, are opposed to politicking of this nature by public corporations.

In addition, engaging on divisive issues, especially when it is done in a non-even-handed way, sends a message to employees who are not ideologically aligned that they may not be safe in expressing their views, especially in companies where the human resources policy does not guarantee viewpoint diversity for employees who are not in-line with the public political pronouncements of the company or its leadership.

We recommend that you have a written guarantee that employees will be protected from discrimination based on the employee’s viewpoint.

We hold to the principle of universal human dignity, which means protection for employees regardless of their lifestyle choices and for the conservative religious employee who might see things in a different way.

Unnecessary dabbling in hotly debated topics by publicly traded companies undermines the dignity of those customers, employees, shareholders, and citizens who are on the opposite side of the particular topic at issue.

A community is in some ways like a human body, in which different groups of people — different offices and institutions – function like different limbs and organs. The publicly-traded corporation is a miracle of human betterment. It has helped lift vast swaths of the human family out of abject misery and into growing prosperity. In the body politic, companies are the strong arms which turn the dynamo of growing productivity, not the mouth which lectures the world on politics. We already have other institutions such as political parties and campaigns to fulfill the political role. They can be the mouth; you should keep being the arm.

This is something that we would like to discuss with you further, either privately through the Investor Relations office, or publicly in the next annual meeting.

Are you open to discussion?

In the meantime, keep up the good work. Keep turning that dynamo, and thank you for managing our assets with excellence.