Audit The Fed? We Just Did 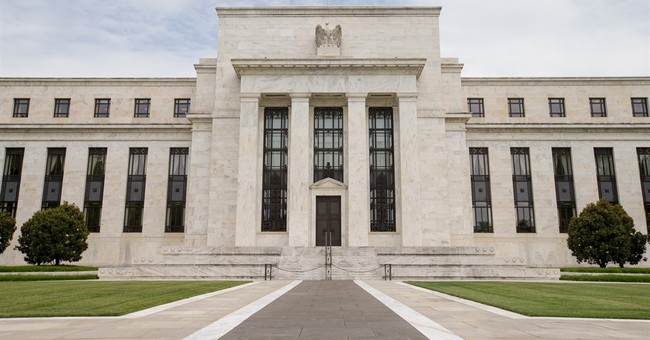 Paulists have long demanded that we “Audit the Fed!” By Paulists, I mean the acolytes of former congressman Ron Paul, not the saint, though I suspect that he too might have been skeptical of quasi-public entities with enormous wealth and power.

The thing is, we already do audit the Fed. It undergoes a GAAP-based audit by a public accounting firm on a yearly basis, and the results of the latest one were released recently. Lest I keep you in suspense, the Fed revealed that “an independent public accounting firm engaged by the Board has issued unqualified opinions on the financial statements and on the Board’s and each Bank’s internal controls over financial reporting.” That is what’s known in the trade as a “clean” audit opinion. It is as close to an “Amen” as the auditors are allowed to give.

But all of that really misses the point, doesn’t it? The issue, at least for sensible people, has never been whether the Fed is cooking the books. The issue has always been the scandal of what it is doing openly and with full transparency. It has grown to a gargantuan size and done so at an extraordinary pace: “Total Reserve Bank assets as of December 31, 2019, were approximately $7.4 trillion, an increase of $3.2 trillion from the previous year.”

That’s 130 percent growth in one year. What is the colossus eating? “Total Reserve Bank assets were composed primarily of $7.1 trillion of securities under agreements to resell, U.S. Treasury securities, and federal agency and government-sponsored enterprise mortgage-backed securities acquired through open market operations.”

Who’s buying the Fed these lavish (and remember, there are no free ones) lunches? Mainly savers, but more broadly any holders of dollars, and eventually anyone affected when the bubble bursts.

For masochists (or insomniacs), we provide here a link to the sprawling 53-page consolidated financials: 2020 Federal Reserve Banks Combined Financial Statements, but for the rest, let me hit a few highlights.

So the Fed added roughly $2.5 trillion dollars in additional Treasuries, going from $2.4 to $4.9 trillion, more than a doubling in a single year. In addition, the Fed expanded its already engorged holdings of agency and GSE securities to $2.1 trillion. Throwing trillions at mortgage-backed securities... what could go wrong?

That is what the Fed owns (well, part of what it owns), but what does it owe? It owes money. Not in the sense that regular borrowers owe money, but in the sense that money is a liability for the Fed. That’s how it’s treated in the accounting system. Why? Because once upon a time, a dollar was a promise to give the bearer gold. So, it was an IOU-Au. Now, of course, it’s not really a promise at all, but it has to go somewhere on the balance sheet, so why not leave it a liability? As you can see below, those little former IOU-Aus, a.k.a. Federal Reserve Notes, did not increase nearly as much as the Fed balance sheet, going only from $1.7 trillion to about $2 trillion, a mere 16 percent expansion. Which means that the Fed’s asset holdings are not matched by currency expansion.

There was a lot of hoarding going on. Banks left about $3 trillion in reserves at the Fed and the Treasury department’s deposits with the Fed rose from a mere $400 billion to $1.7 trillion. Who is willing to bet that that money will stay hoarded in Fed vaults as opposed to being spent freely by the government?