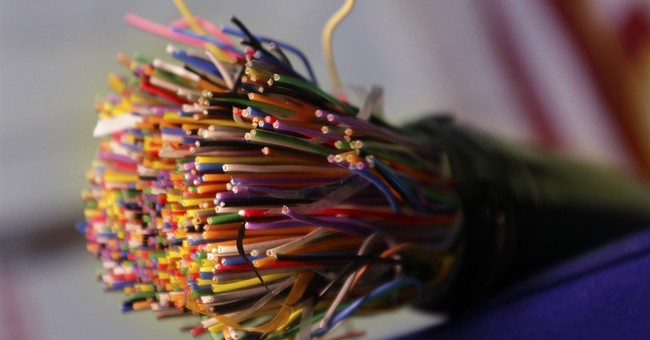 The chart below shows copper prices from the late '80s to the end of last quarter. You can see the prices signaling the downturns of the past: the recession under George W. Bush; the Great Recession; the global slowdown associated with the European debt crisis from 2010 to 2015; the boom after the Trump tax cuts and the crash that came with the realization about the severity of the COVID crisis. And now we can see the rapid recovery.

All other things being equal, when there is more demand for copper the price goes up. "All other things being equal" means that, in our little thought experiment, we're assuming no change in copper supply. For example, if there were massive strikes and political disruptions in the largest copper producing regions of the world, copper prices would tend to rise. But that wouldn't be good news. It wouldn't mean that the world was building more electronic components or more copper piping, it would mean that copper users were frightened about running out of supply.

That's one probable reason why the peaks and troughs don't always map well with global growth. All other things are not always equal. Copper prices can go up because of just plain old inflation, or down because of deflation. Or, as mentioned above, they can go up because of supply disruptions, or down because of surges in supply. If Elon Musk sent a rocket ship out and brought back a gigantic asteroid made out of copper and safely landed it in some deserted area, the price of copper would probably collapse, but it would not be because of bad news.

So we adjust for both inflation and for supply, so that we end up isolating the change in demand, which is a stand-in for expected growth, or at least growth in those industries which use copper. And then we compare that to the following year's global growth rate. Here's what that looks like:

Clearly there is a positive correlation -- that's what the upward-sloping line means. Also, the upward-sloping line visually looks pretty good. It doesn't look like a force fit. Yes, if it were a perfect fit, then each real-world dot would line up perfectly along the mathematically created line of expected values. But no model is perfect. Models by definition are shrunken-down representations of reality.

This model is representing two things to us: 1. Copper buyers have gotten much more hopeful in the last year, and 2. They are forecasting a global recovery. Perhaps not a boom, but a recovery. All in all, copper seems to be shining again.