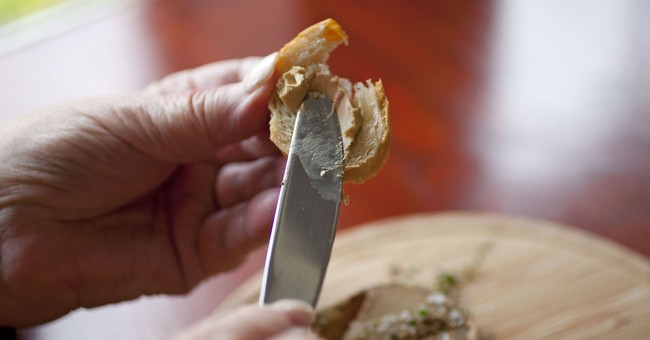 This is part two of an on-going series about health and longevity based on the work of cardiologist Dr. William Davis, especially the new edition of his book Wheat Belly (Dr. William Davis | Cardiologist & Author of Wheat Belly Books (wheatbellyblog.com). After this we will look at the work of other physicians and research scientists who are bucking the "settled science" nutrition dogma and following the data wherever it leads.

"Should we accept the common judgment that the largest epidemic of chronic health issues in history is due to laziness, sloth, moral weakness, failure to tally calories in and calories out, mysterious and unidentified viral infections, as is often done by the medical community? Or might official dietary advice itself be the cause?"

In other words, maybe it isn't our fault. Maybe we didn't all happen to turn lazy and gluttonous in the past generation.

Dr. Davis tells a story which matches my own and that of hundreds of his patients. One which other doctors have shared with me, and one I have heard many times from friends in social media. We followed the rules. We were good subjects of the Food Pyramid, and we got fat and diseased.

"Why did I have those extra pounds under my belt? After all, I jogged three to five miles every day, ate a sensible, balanced diet that didn’t include excessive quantities of meats or fats, avoided junk foods and snacks, and instead concentrated on getting plenty of healthy whole grains…Some basic laboratory work, though, really stopped me in my tracks. Triglycerides: 350 mg/dl; HDL (“good”) cholesterol: 27 mg/dl, a level that put me at high risk for heart disease. And I was diabetic, with a fasting blood sugar of 161 mg/dl. I was jogging nearly every day, cutting my fat, but I was overweight and diabetic? Something had to be fundamentally wrong with my diet. Of all the changes I had made in my diet in the name of health, cutting fat and boosting my intake of healthy whole grains had been the most significant. Could it be that the grains were actually making me fatter?"

In my case, I took in almost zero fat. The little amount of fat I ate was the number one hit from the official nutrition channel playlists, canola oil. I would eat low-fat ground turkey and still pour what little fat there was out of the pan. My diet was largely bean stews with ultra-lean meat, tofu, and whole grains, whole grain breads, whole grain pastas… and the weight just kept coming on.

Then there was exercise: walks on the trail almost every day, very long hikes on the weekends, bike rides to and from work. On the weekends long bike rides, up to fifty miles. In the summer 5-mile upstream kayaking. And the weight just kept coming on. And then later, heart palpitations and bradycardia (I so wish I had read the book Haywire Heart before all of this).

I'm not the only one:

"I’ve observed many triathlon and marathon events over the years, as friends and family have engaged in such things. Triathletes train intensively for months to years before a race to complete a 1- to 2½-mile open water swim, a 56- to 112-mile bike ride, and finish with a 13- to 26-mile run. Just completing a race is a feat in itself, since the event requires up to several thousand calories and spectacular endurance. Then why are a third of these dedicated men and women athletes overweight?"

But, of course, it doesn't have to be this way. It wasn't this way. When I grew up in the '60s, few kids were overweight. I can think of maybe one kid in my circle of friends who was heavy, and he would not stand out in a crowd now at all. My friends’ fathers and mothers had normal mid-life paunch, nothing like what we're seeing now. What we're seeing now is new and it coincides with a shift in official dietary advice from the public/private partnership network of big food, big government and the propaganda outlets of big nutrish:

"The sad truth is that the proliferation of wheat products in the American diet parallels the expansion of our waists. Advice to cut fat and cholesterol intake and replace the calories with whole grains that was issued by the National Heart, Lung, and Blood Institute through its National Cholesterol Education Program in 1985 coincides precisely with the start of a sharp upward climb in body weight for men and women. Ironically, 1985 also marks the year when the Centers for Disease Control and Prevention (CDC) began tracking body weight statistics, tidily documenting the explosion in obesity and diabetes that began that very year."

There were a number of problems with the new forced dietary consensus: the demonization of a major ancestral diet food group -- the fats; the semi-demonization of our foundational nutrient group -- proteins; the thumb on the scale in favor of politically-connected industries which created industrial carbs; and the biggest problem, which comes down to one phrase: "healthy whole grain wheat," to be consumed in large quantities as the base of the food pyramid.

More on that in the next installment.