The Fed Bails Out The Government, But Who Could Bail Out The Fed? 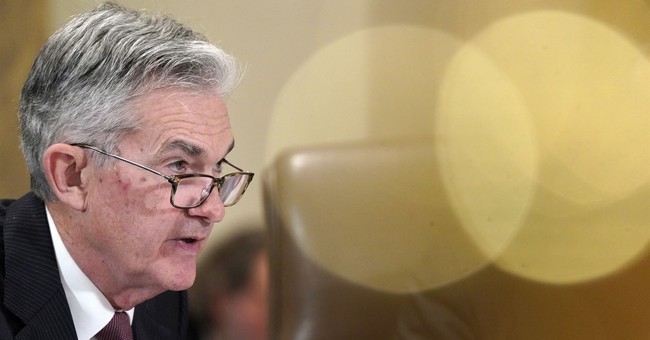 The government has responded to the recent crisis through a massive spending program. What’s pictured below is additional spending above and beyond the already historically high rates. The problem is that in a deep recession, tax revenues fall, so rapidly falling tax revenues and rapidly rising spending amount to a big expansion in borrowing.

The other problem is that the categories of spending include a high proportion of things which don’t boost long-term productivity. When a bridge is built, it might be useful for a hundred years, serving to deliver goods and services. It’s a kind of investment, in that the spending is at least intended to yield long-term benefits (well, of course, politics has produced more than its share of ‘bridges to nowhere’). But look at the big ticket items shown below.

There is a high proportion of just plain old spending, with no argument made for long-term benefit.

The Fed Bails Out the Treasury

Usually when there is a lot of borrowing and not a lot of saving, interest rates rise. It’s basic supply and demand. Furthermore, a rapid spike in debt makes the borrower appear less creditworthy and therefore interest rates would tend to rise in order to compensate for the higher risk (kind of like how when your borrowing gets out of control and your credit score drops, you get charged more interest). But the government doesn’t want higher interest rates. It doesn’t want to pay high rates and it thinks high rates slow down the economy.  The only way the government can square lower tax revenues, higher spending, and low interest rates is to find a lender of last resort, which in our system is our central bank, the Federal Reserve. Below you can see how great a friend in need the Fed can be. It shows how much the Fed owns, and since most of what the Fed owns is loans to government, that line tracks quite closely with Fed lending to the government.

The way the Fed has been lending since the crisis is through something called ‘quantitative easing’, which just means that the Fed ‘eases’ increases in money by buying a quantity of government bonds. Each new round is identified with a new number – for example, QE1, QE2, and so on. You can see below just how much larger each round has gotten, and how much larger this current round is getting to be.

So, pulling things all together: Government spending has been bailing out the economy (or at least has been intending to), and the Fed is bailing out the government. But what could bail out the Fed? If the Fed creates too many dollars to use to finance the whole thing, eventually the dollar may become so debased that people lose confidence in it, just as has happened to so many currencies in the past. From time to time, the U.S. has bailed out other currencies, such as the Mexican Peso or the British Pound, but what entity is large enough to bail out America’s lender of last resort? None that I know of.

Some people think the U.S. is impervious to a debt or currency crisis such as the ones we’ve seen in recent history -- for example, the European debt crisis which started in 2010. One of the problems with this view is evident by looking at the graphic below. The bars represent how large the national debt is as a percentage of GDP (which is the most commonly used measurement of economic output). A 100% means that the government owes an amount that is the same size as the annual economic output. That 100% line is kind of important, because historically, governments are more likely to go through trouble when their debt level gets above 90%. What you can see below is that the level of the U.S. was already above 100% before the recent crisis even started! Levels after the crisis are liable to get much higher.

And it’s not just a matter of how high the overall debt is. Just as with a household, the monthly shortfall, the driver of how debt increases can often be of more concern to markets.

According to various sources, including Statista, our annual deficit, i.e. shortfall is likely to grow rapidly:

“In late March, U.S. Congress passed a $2.2 trillion aid package to limit the immediate damage inflicted by the lockdown. And while quick relief was certainly necessary to keep businesses afloat and help individuals who just lost their job, the Coronavirus Aid, Relief, and Economic Security (CARES) Act does come with side effects. According to estimates from the Committee for a Responsible Federal Budget, the U.S. budget deficit could soar to a record $3.8 trillion in fiscal 2020, which equals a whopping 18.7 percent of the country’s GDP.”

The U.S. is a wealthy country and is well known for its financial resiliency, but so were other nations which in the end were not able to sustain the pattern of spend, borrow, print. The things we’re doing to get through this current crisis just might be the things which lead to the next crisis, and the next.