Is It Wrong To Talk About The Financial Causes Of The Crucifixion? 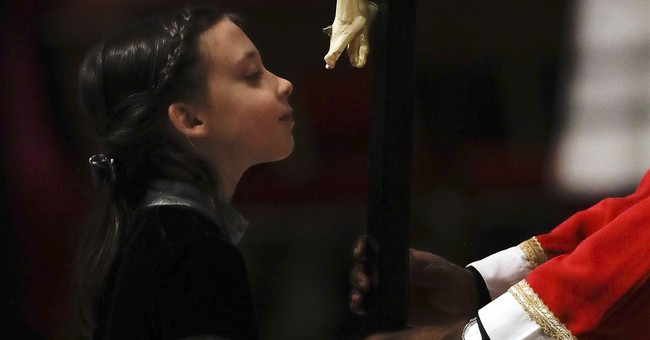 First of a three-part series.

Why was Christ crucified? The Christian conversation about that has tended to default to the theological intent of the atonement. In other words, Christ was crucified to save us from our sins, to take our punishment, to save mankind. Those are matters of the telos, the purpose of the crucifixion, in the eyes of God.

But other actors (Scribes, Priests, Herodians, Romans) had different purposes (money, power, survival). The obvious historical facts about their narrow intents are not in conflict with the theological truths about God's broad intent. In other words, the Gospels clearly indicate that the Sadducees at least partly wanted Jesus killed because He had become a threat to their economic interest. But this in no way contradicts what Jesus intended.

In other words, all of the little plans and their role in the death of Jesus do not need to be ignored in order for us to keep believing in traditional theology. If I say that Jesus died because crucifixion is fatal and tends to lead to either asphyxiation or heart failure, I'm not denying that Jesus died because his death was planned from before the foundation of the world. Those truths are on different levels. I mention this because when I talk to people about the historical background and economic dimensions of the Gospels, there is often a person or two who reacts negatively, because they think this level of explanation is intended to replace the doctrinal level of explanations. It would seem obvious to me that these are not in conflict. But for some reason a small number of people view political, historical, material, and economic analysis as though it is an attempt to replace theological doctrine.

But I would argue the contrary is true: that doctrines such as the incarnation (that God took on human nature) almost require us to see all elements of human nature operating in the death of Jesus. He put on human nature, not just a human body (the view that he only took on a human body but not a full human mind is the heresy known as Apollinarism). Both the Athanasian Creed and the Chalcedonian Creed teach that the Son took on both human body and mind. Here's a quote from the latter:

"We, then, following the holy Fathers, all with one consent, teach men to confess one and the same Son, our Lord Jesus Christ, the same perfect in Godhead and also perfect in manhood; truly God and truly man, of a reasonable (rational) soul and body; consubstantial (coessential) with the Father according to the Godhead, and consubstantial with us according to the Manhood; in all things like unto us, without sin..."

From The Creed of Chalcedon