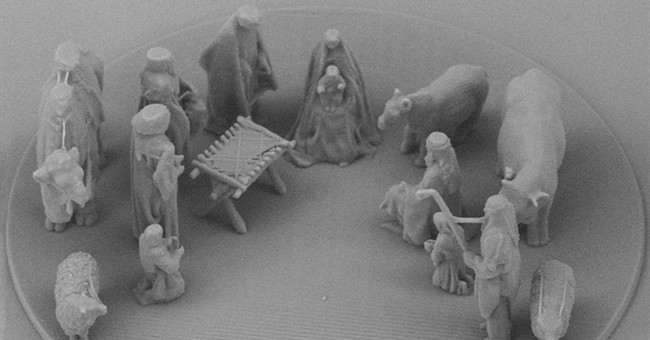 I've written previously about the economy of ancient Bethlehem during the period of the second temple, when Jesus was born. Here is what I wrote:

Jesus, the lamb of God, who bears away the sins of the world, was born in a city identified in Rabbinical writings as a place set aside specifically for the raising of sacrificial lambs.  According to Alfred Edersheim in The Life and Times of Jesus The Messiah (referencing the Mishnah - Rabbinical commentary of the Hebrew scriptures) mentions that shepherding was a profession frowned upon. This is probably due to the fact that Rabbis felt that it was nearly impossible to guarantee that sheep would not wander off and feed on someone else's pastures, thereby stealing. So instead of simply disapproving of the encroachment upon the pastures of others, they built a hedge against the entire profession.

But the Torah required sheep for the sacrificial system, so according to Edersheim an exception was made in Bethlehem an exurb of Jerusalem.

"…Jewish tradition may here prove both illustrative and helpful. That the Messiah was to be born in Bethlehem, was a settled conviction. Equally so was the belief, that He was to be revealed from Migdal Eder, “the tower of the flock.” This Migdal Eder was not the watchtower for the ordinary flocks which pastured on the barren sheep ground beyond Bethlehem, but lay close to the town, on the road to Jerusalem. A passage in the Mishnah leads to the conclusion that the flocks, which pastured there, were destined for Temple-sacrifices, and, accordingly, that the shepherds, who watched over them, were not ordinary shepherds. The latter were under the ban of Rabbinism, on account of their necessary isolation from religious ordinances, and their manner of life, which rendered strict legal observance unlikely, if not absolutely impossible.

—Alfred Edersheim, The Life and Times of Jesus the Messiah, pp. 186-87

The nature of Bethlehem's economy illustrates beautifully how details of archeology and economic geography enrich, rather than compete with, theological and spiritual topics. Jesus was born among the lambs bred for sacrifice, and became in the fullness of time, the actual lamb of God who takes away the sin of the world.