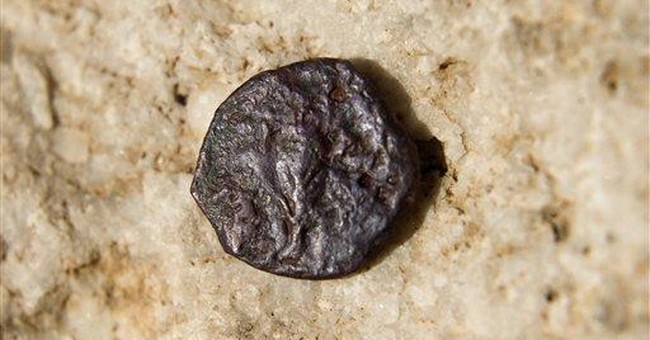 One of the frequently overlooked little details of the Gospel is that when the wise men from the East announced that the birth of the Messiah, Herod was troubled, and all Jerusalem was troubled with him.

"Now after Jesus was born in Bethlehem of Judea in the days of Herod the king, behold, magi from the east arrived in Jerusalem, saying,

2 "Where is He who has been born King of the Jews? For we saw His star in the east, and have come to worship Him.  3 And when Herod the king heard it, he was troubled, and all Jerusalem with him." (Matt. 2:1-3 NAS)

Why is that? Why would Jerusalem be troubled? It is understandable that Herod would be troubled. He was an unpopular and brutal tyrant who was so paranoid about being displaced that he had his own sons murdered. He had a kingdom to lose. The Messiah would be a king, and there could only be on king of the Jews. But what about all of Jerusalem being troubled with him?

It is not obvious that the city would be troubled by this news, because it is after all good news. The very prophecy which is used to determine that Messiah will come from Bethlehem, promises extraordinarily good things:

"2 "But as for you, Bethlehem Ephrathah, Too little to be among the clans of Judah, From you One will go forth for Me to be ruler in Israel. His goings forth are from long ago, From the days of eternity.

3 Therefore, He will give them up until the time When she who is in labor has borne a child. Then the remainder of His brethren Will return to the sons of Israel.

4 And He will arise and shepherd His flock In the strength of the LORD, In the majesty of the name of the LORD His God. And they will remain, Because at that time He will be great To the ends of the earth.

These things would be good for the cause of Judaism, for Israel, and for the world. God great to the ends of the earth, and peace -- what's not to like?

What's not to like is that the system in place at the time was good for Jerusalem at the expense of everybody else. As we have documented in great detail so far, Jerusalem was the center of economic exploitation.

The Herodian regime was based on economic exploitation, which means it represents a zero sum game mentality, and that led him, as it has led many, many tyrants after, to turn to genocide.

" 16 Then when Herod saw that he had been tricked by the magi, he became very enraged, and sent and slew all the male children who were in Bethlehem and in all its environs, from two years old and under, according to the time which he had ascertained from the magi." (Matt. 2:16 NAS)

This puts Herod, the alleged king of the Jews, in parallel with the Pharaoh of the Exodus, who also held to a system of economic exploitation and a zero sum game economic system which caused him also to turn to genocide. Herod has become another Pharaoh, another murderer of young Hebrew boys.

Perhaps that is why the escape of Jesus' family FROM Israel INTO Egypt is described as a fulfillment of a prophecy about the Exodus:

" 13 Now when they had departed, behold, an angel of the Lord appeared to Joseph in a dream, saying, "Arise and take the Child and His mother, and flee to Egypt, and remain there until I tell you; for Herod is going to search for the Child to destroy Him."

14 And he arose and took the Child and His mother by night, and departed for Egypt;

15 and was there until the death of Herod, that what was spoken by the Lord through the prophet might be fulfilled, saying, "Out of Egypt did I call My Son." (Matt. 2:12-15 NAS)

Things had become so morally twisted that now there is an Exodus from Israel to Egypt and not the other way around.

If you read what I wrote previously about the economic pronouncements of the Virgin Mary, you already know that Mary expected her son to trigger an upending of the economic order. She predicted that somehow the birth of Jesus would cause the arrogant elites to be deposed from power. Herod saw that too, but from the other side of that revolution. In a sense, Herod and Mary agree on the significance of the birth of the Messiah; they simply disagreed about whether to support or oppose it. In that sense, Herod, with his finely tuned sense of self-preservation, was able to see what so many pietistic and otherworld Christian commentators have failed to see since then: that the coming of the Messiah changes not just hearts and souls, but also the rise and fall of nations and their economic systems.