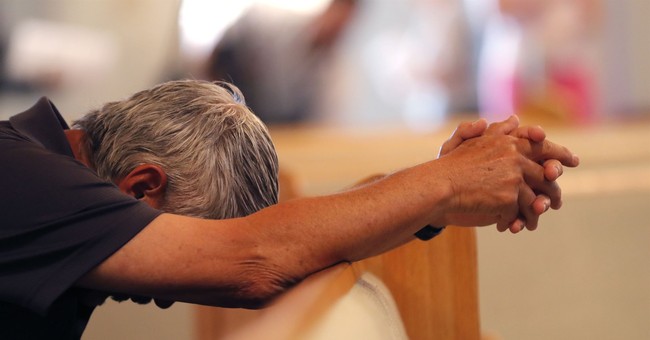 I hope this helps you to understand what’s going on in our time:

Civic gratitude is not only a virtue, but a nation’s most necessary virtue. History bears that out. Rome was the greatest empire in ancient history, therefore, its fall was the greatest fall the world had ever seen. Why did Rome fall? Some people say it was because of its high taxes. Others say it was weakened by its embrace of Christian compassion. It could have been bad luck. But the most common answer is Rome fell because of decadence. Decadence gets closer to the truth than anything else, but it’s a particular kind of decadence that we’re talking about.

In the first century, Saint Paul wrote a letter to the church in Rome and he nailed it better than any commentator before or since. He said that Rome ceased to believe in monotheism; ‘neither were they thankful.’ Paul observed that at the root of Rome’s decadence was ingratitude. You see, Roman citizens at one point in their history had had more than any other citizens in the world. They had a strong tradition of property rights, low taxes and a voice in their politics. All of this was guaranteed by a republican form of government which placed an extremely high premium on the rule of law. During the glorious days of the Roman Republic, law was over the king and not the king over the law. That all changed with the coming of the Caesars who promised greater wealth, greater privileges and eventually bread (welfare) and circuses (violent entertainment). There is only one thing the Romans needed to give up in order to gains these benefits: their republican form of government. That sort of appeal only works against a particular kind of people-ungrateful people. This is what the Romans were in that generation, and this is what Saint Paul saw. (Note to those who have not studied history: just re-rent Star Wars: Revenge of the Sith and you’ll get the general flavor of these events.)

The appeal of the despot is always the same: give up what you have now and I will create Heaven on Earth. Implicit in this bargain is this premise: ‘You have nothing to lose.’ It is only a people who have become severed from the virtue of political gratitude who believe they have nothing to lose. In short, gratefulness is the chief bulwark against the demagogue. The story of the 20th Century, which is the bloodiest century in world history, is largely the story of what happens to the world when gratitude fades and people are wooed into giving up the hard-won liberty of centuries in exchange for racial glory (the Nazis), or economic security (the Communists). Our ancestors knew this and offered something to inoculate us against it: Thanksgiving Day. Let’s honor them and their gift to us.