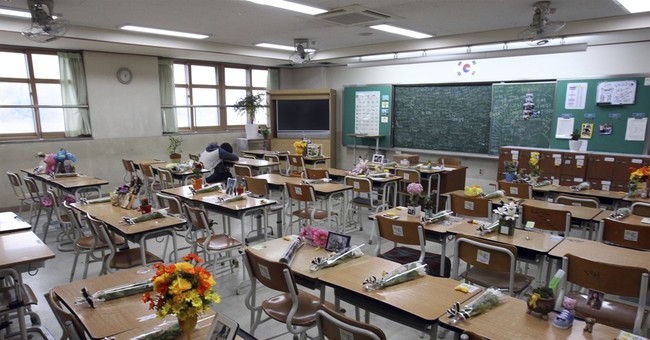 Forbes Publisher Rich Karlgaard’s new book, Late Bloomers, has an absolutely fascinating discussion about the intellectual roots of our culture of intellectual child sorting. It starts with Alfred Binet, the self-taught and late blooming psychologist, who was asked to develop a way of identifying which French public school students were falling behind, so that they could be helped. Binet was clear about the limited and humanitarian nature of what ultimately became the Binet-Simon (Simon was a medical doctor who helped develop the exam).

However, H.H. Goddard, a committed eugenicist who brought the exam to the United States, saw in it an opportunity to demonstrate the alleged intellectual superiority of the white races. Fellow eugenicist, Lewis Terman, adapted the methodology to use on a much larger scale in the United States and helped bring into existence the Stanford-Binet scale of intelligence.

Gone were the limited goals of no student left behind. Now the test was there to 'curtail the reproduction of feeble-mindedness' in the interest of 'industrial efficiency'.

For more on how that crowd also hijacked statistical science, please read my column here.

Late Bloomers tells this story with maddening skill. It also tells the story of the psychologist who helped to mainstream such testing and who came later to see that as 'a great sin'.

After reading Late Bloomers, you will never look at the SATs or IQ tests the same way. Of course, the history of a thing is not the sole determinant of its moral quality. There is no good reason to ferret out the sins of our intellectual forebears and purge out society of all their work, including work which is useful to us. But the association between these ideas and the agenda of racial supremacy is far too deep and long to ignore, and requires, at the very least, a moral inventory of the philosophical assumptions about human nature implicit in the way we use this testing regime as the central organizing principle of sorting our society into leaders and followers.

It would be different if we saw the test functioning in a fully meritocratic way. That was one of the reasons that previous generations universalized it, as a weapon against what Karlgaard calls 'the lazy aristocracy'. The idea was to shake up the ruling class, not support it. But is that what's happening now? Is this tracking system really shaking up the ruling class? Karlgaard mentions parents in Palo Alto spending $40k for tutoring to get their kids top SAT scores. Elites in coastal cities viciously vie with one another swapping credits in and out of elite favor bank to get their kids into elite pre-schools where their kids will be loaded up with Mandarin and the Quadratic formula before they can ride a bike.

Elite preschools feed into elite day schools, feed into elite tutoring programs, feed into elite Ivies and near Ivies and on into supreme court internships, top tier law firms, investment banking firms or tech giants, where people meet others like them, marry, and start the whole process over again. Social mobility? Not so much.

It might be a tad more racially diverse than the old system, but it doesn't seem any more culturally diverse. Does any serious person think that kids from wealthy, influential families do not have a leg up in this system?

Apart from that, the system lacks neuro-diversity. A certain type does well in our version of the Mandarin Bureaucracy (I guess it's no surprise that actual Mandarin plays such an important role in both of them): a person who is gifted in abstraction (leading to the 'Flynn effect'), who is good at sitting still and paying attention, and who tests well.

But is that any way to choose a ruling class? Karlgaard thinks not. He talks at length about qualities that are incredibly important among leaders, such as wisdom and compassion, but which our early tracking system is extremely bad at selecting for. I would go a bit farther -- I think our system is so rotten that it negatively selects for compassion and a strong moral compass. It selects for intelligence and ambition, and not necessarily in that order.  Don't believe me? Then read up on the current college admission bribery scandal.

If you’d like to read the remarkable story of how a toxic view of human anthropology got itself elevated to sorting hat in chief of our society, then order yourself a copy of Late Bloomers.

And while you wait for it to arrive, listen to my discussion with Rich Karlgaard here.