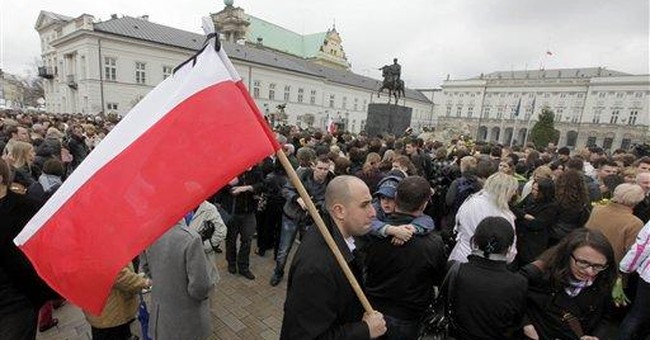 The map at the top of this article represents total return of various stock market indices around the world. It includes both capital gains/losses in each of the countries represented as well as dividend income and currency gains/losses. Since currencies are in constant flux in value relative to one another, shifting foreign exchange rates can often either magnify or reverse gains within the market of a country when they are brought back home and exchanged for the domestic currency of the investor, for example the U.S. Dollar.

Color code is based on total return – returns in home stock market and in currency exchange. Colors are based on returns relative to each other – red is lowest, yellow is close to zero, and green is higher return.

As the map above shows, during the 3rd quarter of 2018 the top Performers were:

I wrote about that here.

This year, the Polish government passed an unfortunate law, making it illegal to discuss the complicity of a small number of Poles in the Holocaust. I wrote and spoke in opposition to that here.

They did pass that law, and the results were highly financially destructive, moving Poland from best to worst global performer.

Fortunately, out of respect for the Jewish people, the Polish government negotiated with officials and Jerusalem and were persuaded to reverse course on that matter. I don’t know if that’s why the markets bounced back so strongly, but they did indeed come back very strong.