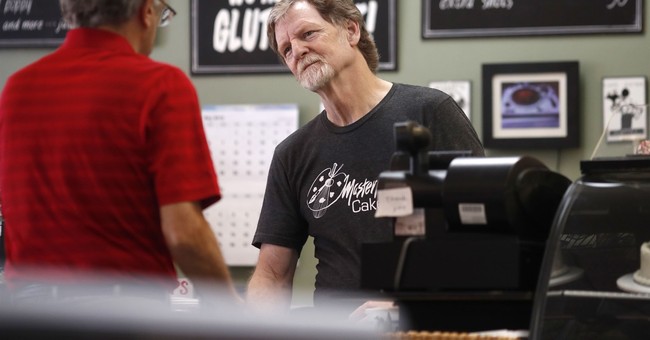 The Alliance Defending Freedom, ADF, was recently banned by Amazon.com's Smile program. Smile, which my wife and I use, is a great way for Amazon customers to support the charity of their choice. Except, that is, if Amazon denies them that choice, which is exactly what they did with ADF. The Southern Poverty Law Center, a group with a glorious history but which has been taken over by extremist voices, has engaged in the practice of labeling mainstream conservative organizations as 'hate groups'. This allows managers of companies such as Amazon to indulge their own private ideological urge to shun, but with the surface appearance of fighting extremism.

Here's the problem in the case of ADF: It's hard to get more mainstream than a 7-2 SCOTUS ruling. If Kennedy, Kagan, and Breyer agree with your reasoning, it seems pretty clear that you are not an extremist right-wing hate group. This renders the Amazon decision (and the SPLC fig leaf) retroactively embarrassing. It's time for Amazon to reverse the policy. To let customers decide which charities are legit, or if they must override customer preference, at least put in place criteria as to what constitutes a hate group that both conservatives and liberals would agree to.

Since this is an investment column and portfolio design is my day job, I would be remiss if I ignored the fact that Amazon is owned by investors. It's someone else's money that keeps the electrons of ecommerce whirring. When management imposes its own personal ideological agenda, it doesn’t just stymie customer preference, it misuses shareholder assets.

I recorded an audio commentary for Salem radio stations recently about the Amazon decision, which you can read below and listen to here.

Amazon has dropped ADF—the Alliance Defending Freedom—from their “Smile” charity program. They did so because the left-wing Southern Poverty Law Center labeled the a group who are leading defenders of the the First Amendment and religious liberty as a hate group. The Smile program permits customers to donate part of their Amazon purchases to the charity of their choice.

Of course, ADF is no hate group, but that doesn’t matter to the SPLC. Their M.O. is to label mainstream conservative groups as hate-groups.

So why should the rest of us care?

Citizens should care because labeling everything the left doesn’t like as racist polarizes society and degrades civility. It’s long past time for Amazon to put its owners and its customers interests ahead of activists and the personal political biases of management.