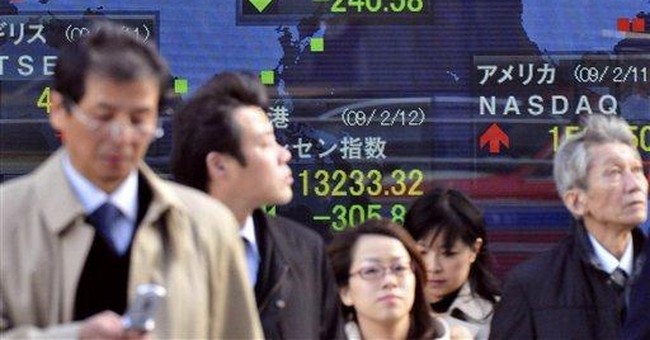 Ryan and Christy Schrock began married life $80,000 in debt, just days after Ryan graduated from the U.S. Military Academy in 2001.

"We didn't have the money to pay for the wedding, so it went into credit card debt," said Christy, who lives in Fort Campbell, Ky., while Ryan serves his third tour of duty in Iraq. The $12,000 wedding tab was on top of car loans, personal loans and other credit card debt the couple ran up while putting themselves though college.

Clayton Pope, a state park ranger in Wilmington, Del., also had college loans and more than $2,000 in credit card debt when he began working for the park system in 2005.

"Growing up, I knew what poor was like," said Pope, whose father earned a modest income as a carpenter to support a family of five. Pope also faced "the pretty overwhelming task" of deciding how to invest his retirement plan contributions at work.

In Des Moines, Patricia Fike, then in her mid 40s, confronted another type of challenge -- a divorce in 1994 while one of two daughters was still in college.

"You are accustomed to having two incomes," Fike said. "When I went down to one, I knew I'd have to fend for myself."

I talked to Schrock, Pope and Fike to learn not only about their challenges but also their successes. Their stories exemplify the smart savings habits to be celebrated during the third annual "America Saves" week Feb. 22-March 1 (see Web site www.AmericaSavesWeek.org).

"We hope the week encourages and assists Americans to pay down high-cost debt and build savings that will help them weather any economic storms," said Stephen Brobeck, executive director of the Consumer Federation of America, which manages the America Saves campaign.

America Saves (www.AmericaSaves.org) has helped thousands of Americans, mostly with low and moderate incomes, to save and pay down debt. During America Saves Week last year, upwards of 75,000 people attended more than 1,800 events promoting savings.

The first step, as the Schrocks, Pope and Fike exemplify, is to make the commitment.

"We were committed to paying our debt from the beginning," Christy Schrock said. "We started prioritizing by interest rate and by balance and paying them down."

Other than the mortgage, the couple's debt is down to only about $5,000. "To me, it was the little things, starting to clip out coupons, bringing the lunch to work, shopping around for everything," she said of how they found the money. Also, "any time we got a promotion or cost-of-living increase, instead of having the mentality of what are we going to buy, we took the additional income to pay off debt, and kept going."

More collective wisdom from these savers: Make savings automatic by having a portion of your pay go directly to a savings or retirement account; comparison-shop for everything, don't disdain small savings, and enjoy a simpler life.

"You'd be surprised even if it's just $10 or $20 at a time how much it grows," said Fike, a product analyst at an insurance company who turned 60 last month and is on track to be able to retire at 62. At the same time, 'it's important to emphasize we are not missing out on life," said Pope, who paid off his debt and invests for retirement in low-cost diversified mutual funds.