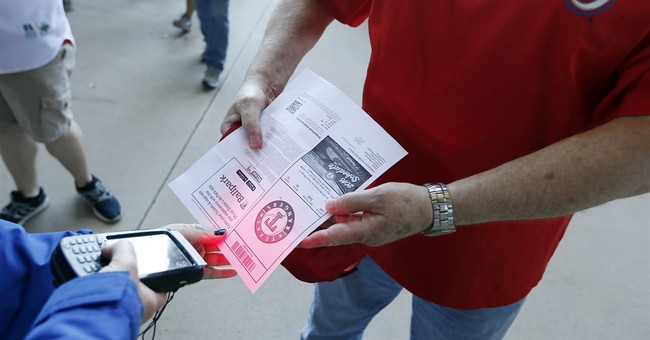 Few issues baffle me more than the lack of service that businesses think their customers will tolerate. I just don't understand how some companies keep their doors open. On the other hand, I'm sure that some of those businesses can't figure out why they lose customers.

I receive lots of mail from folks who have had unpleasant or even nasty experiences trying to get problems solved. I hear horror stories from readers who waited patiently for help only to be told they should come back another time when it wasn't so busy, phone calls getting dropped while being routed to another person, and on and on.

I just don't get it. If you don't love your customers, why are you in business in the first place?

Let me share a couple of war stories. To be kind, I won't identify the specific businesses.

One reader shared this story: "We ate at a certain restaurant a lot, mostly for dinners. Then one day we went there for lunch. My wife has severely arthritic hands and is unable to pick up a glass, so we always ask for a wine glass everywhere we eat and have no trouble. But this day they refused to give us one and offered us a plastic cup. Her trouble is she cannot grasp, and the wine glass works great by just slipping her fingers around the stem. We had to leave and will not return again. They were not even very polite about it."

Seriously? They have wine glasses hanging at the bar, but refused to put water in one? Wow, what a ridiculous way to treat a customer.

Here's another doozy: "I went to a car dealer for maintenance on my 2014 SUV. I had an appointment and sat in the service bay for 10 minutes. Then an employee told me to wait in the waiting room for my appointment tech. I waited 20 minutes longer, but no tech. I found him sitting at a computer and asked for my keys. He said nothing but 'Have a nice day,' which means nobody cared! Went to another dealer, got an immediate hello and great service! P.S. I spent $155 and am looking to trade for smaller car. I left a message to call me back at the first dealer, but no one called back ... nobody cares."

Handled properly, that first dealership could have had a customer for life. He wanted to buy another car, and probably another and another down the road. Instead, they "drove away" a customer and anyone who hears about his experience.

The Celina Group describes unhappy customers in this warning: "I'm a nice person. When I get lousy service, I never complain. I wouldn't dream of making a scene. I'm one of those nice customers. And I'll tell you what else I am. I'm the customer who doesn't come back. I would tell you off and feel better, but in the long run, it's better just to leave quietly. You see, a nice customer like me, multiplied by others like me, can bring a business to its knees. There are plenty of us. When we get pushed far enough, we go to one of your competitors."

Let's look at the flip side. Here's a classic example of valuing your customers.

Few names in retailing are more famous than that of Stanley Marcus, the man who built Neiman Marcus into one of the world's most famous department stores. He once told me how his father, who founded the business, gave him an unforgettable lesson in valuing a customer properly.

A woman customer had ruined a dress she had obviously worn and was loudly demanding her money back. When Stanley seemed resistant, his father admonished him and told him to give the woman her money back, no questions asked.

Many years later, someone calculated that the woman had spent more than $500,000 at Neiman Marcus. Great customer service pays off!

(Harvey Mackay is the author of the New York Times best-seller "Swim With the Sharks Without Being Eaten Alive." He can be reached through his website, www.harveymackay.com, by emailing harvey@mackay.com or by writing him at MackayMitchell Envelope Co., 2100 Elm St. SE, Minneapolis, MN 55414.)