Marx and Marshall Would Be Proud Of Obama's Attack On Religion 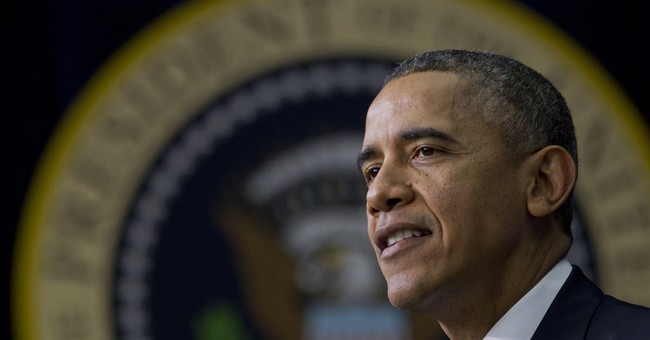 The Cult of Communism and its gateway drug, socialism, centers around mythical utopian notions of how material goods and power is “equally” distributed in a society. One of its core beliefs is that religion - in the words of the group's founder, Karl Marx - is "the opiate of the masses." (Coming from a thrice-bankrupt man, he probably wished he had taken a few more opiates) Such is Communism's mesmerizing effect, that an African-American philosopher named Frank Davis Marshall decided in 1931 to adopt the school of communist thought. Mr. Marshall went on to be President Barack Obama's mentor in Hawaii throughout his teenage years.


Making fun of, ridiculing and attacking religion are some of the tactics used by men trying to gain power over those who put God first in their lives. CS Lewis said it well “Aim at heaven and you will get earth thrown in. Aim at earth and you get neither.” People who trust, love and fear God undermine some human’s grandiose worldly appetites for power. The lack of fear and control over citizens who have faith and hope in God irritates these Washington power mongers. Recently, Pastor Rick Warren in an appearance on CNN’s “Piers Morgan Live,” said that “he fears the disapproval of God More than I fear your (Piers Morgan’) disapproval” , how dare Pastor Warren buck the popular group think of the day on gay marriage. What this liberal media underlying spin implies is how uncool and stupid Pastor Warren is and yes, his religious beliefs are what is really under attack. This raw power grab from Washington that is supported by the liberal media, is intended to belittle faith in God and religion and is now being openly promoted from the White House under Barack Obama.

Marx's type of thinking - while deranged, misguided and occasionally inadvertently comical (especially when he writes about interest rates) - at its core is focused on power accumulation and elimination of anything that threatens or takes away from that design. That's why Josef Stalin made the observation that he had 50 tank divisions and the Pope had none. And why President Obama celebrates the destruction of the Senatorial filibuster, a noble democratic tradition that helps resist the consolidation of power.

The ugly desire of the Communist Cult to relentlessly attack God and religion seems like an incurable, lethal human disease. President Obama and his administration's attack against religious liberty has shown that they are infected with the greed for power, the communist disease, that like a child, wants to be king of the hill and will knock down any threat to that position.

The Administration's most recent display of its anti-religious agenda has been its spiteful decision to close the U.S. Embassy at the Vatican. Not only is it a closure but it’s a reversal of President Ronald Reagan's order, who established America's Embassy there in 1984. It is an obviously retaliation against America's Catholic leadership for rebelling and speaking critically about the harsh anti-religious provisions of Obamacare.

"Hundreds of religious institutions, and hundreds of thousands of individual citizens, have raised their voices in principled opposition to this requirement that religious institutions and individuals violate their own basic moral teaching in their health plans. Certainly many of these good people and groups were Catholic, but many were Americans of other faiths, or no faith at all, who recognize that their beliefs could be next on the block."

And my friend and bishop, Cardinal DiNardo from Texas has warned Americans about Obamacare saying:

"Under the ‘preventive services’ mandate of the Affordable Care Act, Catholic employers and most Catholic institutions offering health coverage to their employees, will be forced to cover all these objectionable items."

Of course, the propagandists in the liberal (a politically correct way of saying communist these days) media, have spewed forth criticism declaring that this Embassy closure is not important, and that it’s nothing to get worked up about. They say it’s not even an Embassy closure because the Embassy has simply "relocated" to the U.S. Embassy of Italy. It will still have a "separate entrance", the media cunningly tells Americans. But, I ask simple question: If you move the Embassy out of the Vatican and to another country (Italy), has not the Embassy in the Vatican been closed?

According to these manipulative propagandists, the answer to that question is "No". Well, the embassy is not there anymore, and by any definition that means it is closed. Under this “liberal” logic (I use the word logic loosely) we could close the embassy in Afghanistan and move it to Pakistan and as long as we give it a separate entrance it should suffice. What is particularly revealing about this line of attack is that it spotlights the extent to which liberals will twist facts, lie and obfuscate to cover up their anti-religious stance. Because that is what this Embassy closure was: A punishment and display of anti-religion maneuvers coming from the American government itself. The White House can spin it anyway it wants, but Karl Marx would have been clapping and cheering loudly (breaking for a short time from his lifelong depression) if he could have heard this news!

And this retaliatory attack against America's Catholic Church cannot be overlooked. There are almost 80 million Catholics in America, 1 in every 4 Americans is Catholic - and this is a super-majority Christian nation (although most Catholics and 80 percent of evangelicals don’t vote). America has embassies in known terrorist strongholds and yet we are closing an embassy that promotes peace and that has ties to one quarter of all Americans. What?

The blatant arrogance of the federal government to attack Catholic Americans citizens demonstrates how dangerous the power consolidation has become. This arrogance propagates from the White House that is captivated to the mysticism of Marxism. The White House has a desire to continue to consolidate its power. They have done this by attacking Catholics who dared to stand up against Obama and his comrades.

We definitely know Frank Davis Marshall would be proud of his young protégé!

It seems communism and its anti-religious teaching is alive, well and gaining ground. However, Americans should remember it sprung from a troubled, struggling and bloody 19th century, a theory based on wildly distorted views of the world. It economically has failed everywhere and this theory when put to practice has been responsible for more than 60 million deaths. Eventually, I hope it will be known only in history books as a mistake to learn from. A clear lesson for the future of a system that didn’t work. Most Americans thought that the end of the Soviet Union would have ended this type of demented thinking. It defies wisdom and logic seeing anti-religious propaganda expanding once again, with little opposition. It’s downright scary that an anti-religious agenda has spread and is being promoted from the highest office of the United States. We shouldn't lose sight of the fact that the anti-religious agenda is fundamentally nothing more than greed for more power and material wealth. It is a philosophy that left its creator, Marx, morally, spiritually and financially bankrupt! Frank Davis Marshall, must have forgotten to share that with his pupil, young Obama, or maybe Obama missed communist class that day.

President Obama and other power grabbing politicians (either side of the aisle) need to hear from the almost 80 million Catholics and all Christian citizens, that we see what he has done and their continued attack on us, all Christians and on all religions. America must immediately re-open the Vatican U.S. Embassy and resist the incessant attacks - and regulations - against religion in America. American Catholics must stop being the silent victims of this tyrannical power grab, wear out their knees in prayer and rise up in overwhelming numbers to remove these enemies of religious freedom in the upcoming elections.