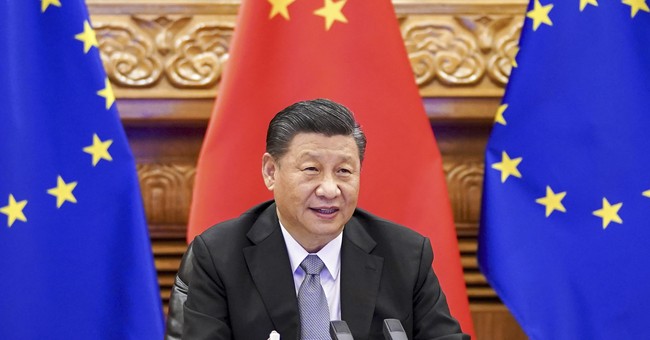 The media has refused to dwell on the reality that America and its allies are imperiled as never before since the Biden Administration took office.

Russia has attacked a key pipeline (don’t believe the criminal organization story; nothing happens in Russia without Putin’s permission). It is openly threatening Ukraine, and has apparently intimidated the U.S. Navy away from a Black Sea deployment. Moscow has stationed intimidating forces in the Arctic. It has developed a missile capable of launching a nuclear weapon that could destroy England with a single bomb. Beijing has taken control of a former U.S. airbase on the island of Kiribati, just 1,800 miles from Pearl Harbor. China’s aggression escalates daily. The Philippines is under consistent incursions, Australia is threatened, both economically and physically. Israel has come under the deadliest attack in years. The U.S. southern border is essentially a sieve.

These events did not occur spontaneously, nor are they necessarily the result of long-standing trends. They are the direct result of a current White House that does not prioritize defense issues, a Congress intent on spending trillions on questionable domestic programs while essentially cutting the Pentagon’s budget when inflation is taken into account, and a media disinterested in reporting on all the above.

Putin intimidates Ukraine and threatens to use both battlefield and new strategic nuclear weapons. Xi Jingping tells his troops to prepare for combat. Iran continues to defy bans on the development of nuclear weapons and ramps up funding for terrorist organizations. While all this is occurring, President Biden’s Secretary of Defense is concentrating on transgender issues in the military and his CIA officials look to hire “cisgender applicants with anxiety disorders.”

Biden’s track record and prior rhetoric is part of the problem. During his tenure as Vice President, the U.S. refused to even issue a diplomatic protest when China invaded the Exclusive Economic Zone of the Philippines, a move condemned by the World Court at the Hague. When Russia annexed Ukraine, the Obama-Biden Administration did virtually nothing in response. For reasons that have yet to be explained, that same White House sent pallet-loads of untraceable cash to Iran and agreed to an absurd nuclear deal that allows Iran, which has pledged “Death to America” and “Death to Israel,” to be completely free to build nukes as early as 2024. Biden, you may recall, also signaled weakness when he urged Obama not to go after Osama Bin Laden. During the 2020 presidential campaign, candidate Biden criticized President Trump’s tough stance on China.

No area highlights the disastrous results of the Biden Administration’s foreign policy outlook as much as the Middle East.  Recall a distant time the media considers shrouded in antiquity (last year!) when dramatic improvements between the Jewish State and its neighbors were being made. Solid U.S. support dissuaded substantive attacks on it.

But Biden’s Progressive-inspired support for the Palestinians and the bizarre tilt towards Iran altered that paradigm. For decades, Leftists, who have extensive influence on the Biden Administration, have pushed the anti-Israel “BDS” (Boycott, Disinvestment, Sanction) agenda, a signal to Hamas and other groups that the Jewish state does not have the full backing of the current Administration.

As China edges closer to Hawaii, Russia moves towards another annexation, and Iran accelerates its proxy war on Israel, the U.S. media remains quiescent. The explanation isn’t hard to understand. Although defense spending accounts for only about 14% of all federal spending, the Left sees every dollar spent on it as a dollar taken away from the domestic programs that it counts on to persuade their voting base to continue voting for it.