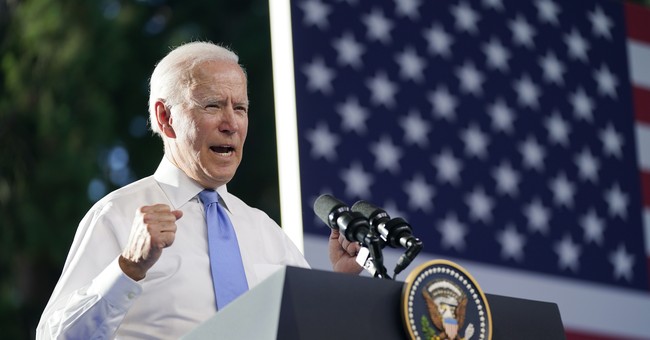 By any measure, the Biden Administration is in deep trouble.

Since taking office, The U.S. Southern Border has devolved into chaos. The Chinese and Russians are returning to aggressive acts that had not been seen since the Obama-Biden White House days. Race Relations continue to deteriorate. Inflation has made a comeback. Riots, once thought to be a reaction to Trump, continue unabated. The Middle East, which had been improving under the prior president, has taken a severe turn for the worse. Violent crime is growing by the day. The nation has been repeatedly cyber-attacked. China’s bioterror assault on the planet, performed maliciously or negligently, remains unpunished.

The Trump Administration had extraordinary success in the Middle East, which the media for the most part sharply underreported. Biden reversed the former President’s get-tough policy on Iran, and the results have been devastating, as Tehran funnels cash and advanced weaponry to Hamas and others.

Inflation, long tamed, has made a dramatic comeback under Biden, threatening to bring back the “stagnation” era that characterized the Jimmy Carter Administration. The U.S. economy, which should have rebounded sharply as COVID wound down, remains relatively sedate.

Listening to the mainstream media and the speeches by Progressive elected officials, however, is similar to a trip to a parallel universe. Rather than the real-world crises listed above, a panoply of issues more appropriate to a faculty lounge at a leftist university (which constitutes most of higher education) than to the overwhelming majority of Americans takes center stage.

Those topics are frequently lacking in data to support the notion that they do, in fact, constitute vital national challenges.

The current vogue distraction issue is “white supremacy.” An intensive search for actual statistics backing up charges that white supremacists constitute a threat doesn’t turn up very much. The Lawfare organization notes: “[…] attempt to figure out the amount of violent crime committed by white supremacists, internationally or domestically, and you’ll find yourself sorting through various government documents that are incomplete in a number of ways, covering only a small set of offenses or failing to label the offender’s ideology with specificity.”

What about the “systemic racism” dilemma? The claim of systemic racism is wholly false. There are no laws, regulations or procedures that allow racism. Heather MacDonald, writing for the Manhattan Institute, reports: “This charge of systemic police bias was wrong during the Obama years and remains so today. […] A solid body of evidence finds no structural bias in the criminal-justice system with regard to arrests, prosecution or sentencing. Crime and suspect behavior, not race, determine most police actions.”

There is also much concentration, particularly in “blue” states, on keeping America locked down in response to COVID. Again, the facts don’t seem to matter. Jurisdictions that loosened restrictions are doing as well or even better than those with stiff rules.

Next on the list is man-made climate change. During the year of COVID, polluting activities were brought to an extensive slow down. The result? According to the NOAA, “Atmospheric carbon dioxide peaked for 2021 in May at a monthly average of 419 parts per million (ppm), the highest level since accurate measurements began 63 years ago.” If all the allegations of human impact were accurate, that level should have dropped precipitously.

These policy failures are an embarrassment to the national media, whether in print, on television, and especially the internet, which did so much to get Biden elected.

Rather than candidly report on these dramatic policy missteps, biased journalists distract with inflammatory issues that lack substance. Next up, UFOs. For several weeks, many news outlets have teased stories about the impending release of Pentagon and other data about aerial phenomenon. Don’t expect much hard-core information, let alone an interview with E.T.

But it will allow the media to, once again, take your attention away from Biden's failures.