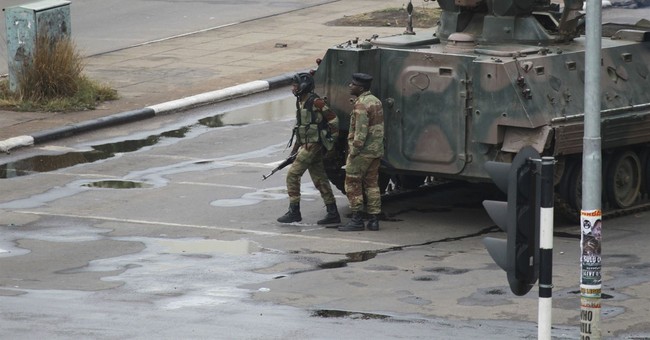 Some in the U.S. seek to cut America’s defense budget, even as Russian tanks mass on Ukraine’s border and China assembles a potential invasion force aimed at Taiwan.

Despite the ominous threats from Beijing and Moscow, some are seeking to reduce the U.S. military. Space News reports that 50 House Democrats have signed a letter urging President Biden to slash the Pentagon’s budget.

The PRC has the largest navy in the world, with an overall battle force of approximately 350 ships and submarines including over 130 major surface combatants. In comparison, the U.S. Navy’s battle force is approximately 293 ships as of early 2020.

The PRC has one of the world’s largest forces of advanced long-range surface-to-air systems—including Russian-built S-400s, S-300s, and domestically produced systems—that constitute part of its robust and redundant integrated air defense system architecture.

The Stockholm Institute for Peace Policy Research Institute reports, "In recent years, Russia has embarked on a military modernization program funded by rapidly increasing military spending and has pursued a more assertive foreign policy. This has attracted attention to the level of its military spending. "

Some of Moscow’s military advances are deeply disturbing. Business Insider reports, "Russia is testing a nuclear torpedo in the Arctic that has the power to trigger radioactive tsunamis off the US coast."

While America debates, other nations are taking note of the growing danger.

Japan, using the technology brought about by the revolutionary F-35 fighter fleet it is purchasing from the United States, is enhancing both its air force and its navy to counter the growing Chinese-Russian threat in the Pacific.

According to Japanese sources, “In order to adapt to increasingly rapid changes in the security environment, Japan must strengthen its defense capability at speeds that are fundamentally different from the past. To this end […] [d]efense-related expenditures has increased for the eight consecutive years."

India, which has had recent border clashes with China, is also deeply concerned. Its latest defense budget is the nation's highest in its history.

Across the planet in the United Kingdom, new and emerging threats are motivating the British Government to upgrade its defenses.

The U.K.’s Defence Ministry is urging London to adapt what it describes as a “future vision for the UK Armed Forces ensuring the military is prepared for new and emerging threats and challenges.” The proposal would create an extraordinary 400,000 jobs throughout the nation. The plan includes spending an additional $117 billion in new equipment purchases.

While America's adversaries grow in strength and our allies take note, some in America continue to ignore reality.