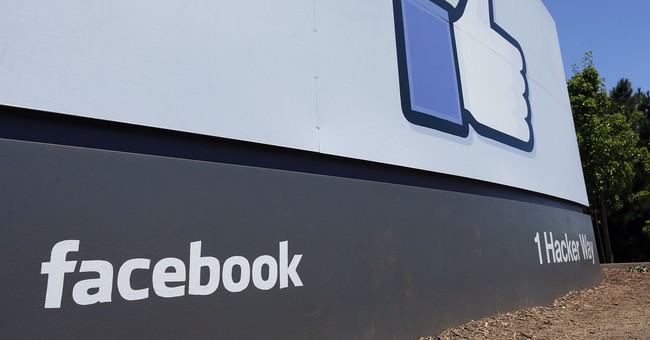 Facebook received ample, and well-deserved, criticism during the 2020 election cycle for its proclivity towards censorship. The social media giant’s tendency is not restricted to America. Observers across the planet have levied charges against Facebook for its apparent comfort in cooperating with repressive regimes who seek to censor contrary views.

Freedom House explains that "leaders in Beijing have stepped up efforts to use digital media to increase their own power, both at home and abroad. […] [I]n 2018 [China's] government hosted media officials from dozens of countries for two- and three-week seminars on its sprawling system of censorship and surveillance. Moreover, its companies have supplied telecommunications hardware, advanced facial-recognition technology, and data-analytics tools to a variety of governments with poor human rights records, which could benefit Chinese intelligence services as well as repressive local authorities.”

It is fair to ask whether its efforts to kowtow to China include its 2020 campaign of censorship against the re-election candidacy of Donald Trump, who made opposing Beijing’s global aggression a keystone of his administration. At Senate hearings held in November, Facebook was severely criticized for its censorship of pro-Trump material.

The international publication Zinfos-Moris noted in September that “Facebook’s collusion with the corrupt wealthy and the dictators around the world has been happening for many years now. [...] It has not gone unnoticed that entrenched authoritarian states, like Russia and China, have become very good at manipulating these platforms to marginalize domestic dissidents and destabilize democracies abroad.”

The latest example comes from Vietnam. An Amnesty International analysis demands that “Facebook must immediately reverse its decision to censor posts deemed critical of the government in Viet Nam.”

Last April, Reuters reported that "Facebook’s local servers in Vietnam were taken offline until it agreed to significantly increase the censorship of “anti-state” posts for local users. [...] In an emailed statement, Facebook confirmed it had reluctantly complied with the government’s request to “restrict access to content which it has deemed to be illegal”."

Amnesty has sharply criticized the social media giant’s acquiescence. William Nee, Business and Human Rights Advisor at Amnesty International, states that “Facebook must base its content regulation on international human rights standards for freedom of expression, not on the arbitrary whims of a rights-abusing government. Facebook has a responsibility to respect freedom of expression by refusing to cooperate with these indefensible takedown requests.”

It is important to note that the objected-to content is not violent or “criminal” in nature. The material was a political objection to the authoritarian practices of the Hanoi government. Vietnamese authorities have a long track record of characterizing legitimate criticism as “anti-state” and prosecuting human rights defenders for “conducting propaganda against the state.”

Nee adds that “Facebook’s compliance with these demands sets a dangerous precedent. Governments around the world will see this as an open invitation to enlist Facebook in the service of state censorship. It does all tech firms a terrible disservice by making them vulnerable to the same type of pressure and harassment from repressive governments.”

Facebook’s growing comfort with censorship at home and abroad is a vastly troubling reality. In nations such as China, Russia, Iran, North Korea, and Vietnam, censorship is a tool of government. In free nations, many presumed that the threat of censorship had become obsolete. But with the proclivity of social media giants to accept, either on behalf of their interests in operating in authoritarian governments abroad or in the pursuit of their own generally leftist ideological agendas at home, the problem has re-arisen and has emerged as the most significant threat to free speech in many decades.