How Chinese Money Steers Hollywood, Universities, And The Democrats 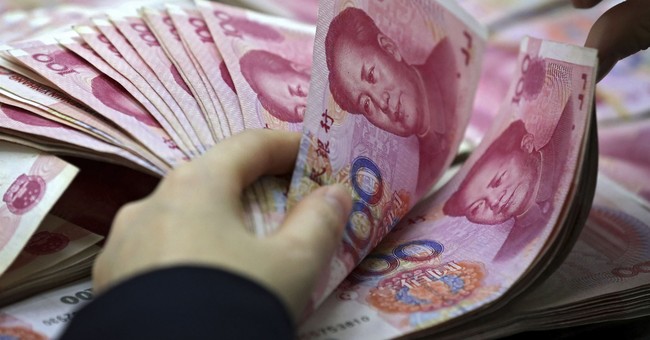 The Hoover Institute has researched the extent of China’s influence peddling in the United States, and warns of profound dangers.

China has moved in a massive way to influence American politicians, universities, and other centers of influence. One well-known example: when a famous basketball player criticized Beijing for its violations of human rights, the entire NBA establishment, eager to expand its presence in the People’s Republic, forced him to recount. Hollywood has changed movie scripts to please Chinese investors. In colleges across the nation, Confucius Institutes run by Beijing influence what is taught in our schools. Individual professors as well as university administrations have been on the take for this purpose. The prominent and powerful Joe Biden family has been vastly enriched by highly questionable financial dealings with China.

It was, perhaps, in response to these and other factors that a working group was convened by the Hoover Institute. The Group found that China’s coercive and covert activities endanger America’s core values.

The ruling Communist Party uses a broad range of national institutions to accomplish its influencing goals. These include, but are not limited to, the United Front Work Department, the State Council Information Office, the Communist Party’s Foreign Affairs Commission, the Central Propaganda Department, the International Liaison Department, the All-China Federation of Overseas Chinese, and the Chinese People’s Association for Friendship with Foreign Countries.

In addition to general propaganda and influencing activities, the Hoover analysis pays a great deal of attention to two key areas.

The first is the Chinese-American community.

“China has long sought to influence— even silence—voices critical of the PRC or supportive of Taiwan by dispatching personnel to the United States to pressure these individuals and while also pressuring their relatives in China…Such activities not only interfere with freedom of speech within the United States but they also risk generating suspicion of Chinese Americans even though those who accept Beijing’s directives are a very small minority.”

The Hoover Report notes “China is engaged in a multifaceted effort to misappropriate technologies it deems critical to its economic and military success. Beyond economic espionage, theft, and the forced technology transfers that are required of many joint venture partnerships, China also captures much valuable new technology through its investments in US high-tech companies and through its exploitation of the openness of American university labs. This goes well beyond influence-seeking to a deeper and more disabling form of penetration. The economic and strategic losses for the United States are increasingly unsustainable, threatening not only to help China gain global dominance of a number of the leading technologies of the future, but also to undermine America’s commercial and military advantages.”

Even before the Hoover analysis, this challenge has been widely noted. To some extent, this has actually been aided by some U.S. leaders. Bill Clinton, while serving as president, approved the sale of Cray super computers to China. It has been speculated that the PRC’s attempt to funnel cash to his re-election campaign may have been a factor. In 2015, Barack Obama, as noted by the Washington Post, concluded a deal allowing China to buy more U.S.-designed reactors and pursue a facility or the technology to reprocess plutonium from spent fuel, and allowing that nation to purchase reactor coolant technology that could be used to make its submarines quieter and harder to detect.

The Hoover panel stressed that three broad principles should serve as the basis for protecting the integrity of American institutions. They include transparency and careful monitoring of China’s activities in the U.S., cooperation between universities and think tanks to enhance sharing and pooling of information concerning Chinese activities, and demanding that any access to U.S. institutions should result in equal access by Americans to their Chinese equivalents.