The Threat To Free Speech Is Real 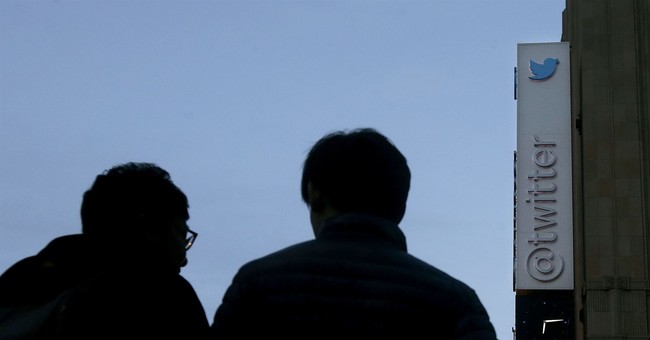 Several years ago, in a Washington Times opinion piece, I wrote that major social media sites such as Twitter should be treated as public utilities. Government should not be allowed to censor or control these outlets. However, just as an airline, commuter rail, or a gas and electric company cannot discriminate against a particular class of customer, neither should internet-based giants.

Twitter’s bias against conservatives is beyond doubt. Conservatives have received unfair treatment because of the views they express. Those views have not advocated violence, racial bias, or any other unsavory perspectives. They have, however, expressed factual viewpoints based on solid research, which generally means they do not dovetail with left-wing dogma.

The history of Leftist, Progressive, and Socialist theory and action has, to the contrary, been based on violent action and coercive policies. This is necessary because, as the history of the last one hundred years or so indicates, that line of thinking has essentially produced negative results. It is based on unsound economics and irrational thinking. The populations subject to it tend to find out very quickly how bad it is, and rebel against it. To quell that, violence and coercion are the response from governments and organizations that embrace those concepts.

That happened in the United States under the Obama Administration. Both the Internal Revenue Service and the Department of Justice engaged in partisan attacks against groups who opposed the most left-wing White House in American history. When the citizenry revolted and voted Obama’s party out of office, attempts were made to sabotage that exercise in democracy by leveling false claims and endless, baseless investigations against the people’s choice.

In an effort to regain power, leftist activists in the mainstream media, internet giants, and academia censor conservative and centrist expression. Non-leftist professors are virtually an endangered species on college campuses. Try researching any contentious issue on Google and non-Progressive results, when they appear at all, are buried under a virtual mountain of pro-leftist references. Social media sites continue to find new and imaginative ways to censor, ignore, or downplay opinions and facts that dissent from their failed worldview.

That includes hiring staff and utilizing algorithms that discriminate against free expression. Non-progressive Twitter employees clearly are made to feel ostracized and oppressed. Pro-progressive algorithms that are overtly biased are engaged almost exclusively.

President Trump, who has been particularly targeted by these measures, has expressed outrage, culminating in his May 28 Executive Order which lays out the matter bluntly: “In a country that has long cherished the freedom of expression, we cannot allow a limited number of online platforms to hand pick the speech that Americans may access and convey on the internet. This practice is fundamentally un-American and anti-democratic.”

The specific action of the Executive Order to remove the extra protections provided to social media giants from certain lawsuits, originally provided under the assumption that they would provide an open forum for all, is appropriate.

But it will not end the threat. During the 21st Century, America has turned a dangerous corner. The concepts enshrined in the U.S. Bill of Rights are under profound attack by politicians, academics, and the left. In 2012, Sen. Charles Schumer (D-NY) urged “there ought to be limits” on First Amendment rights. At a Senate Rules Committee hearing, Schumer, the senior senator from New York, issued the stunning statement, ”The First Amendment is sacred, but the First Amendment is not absolute.” Barack Obama’s commissioners on the Federal Communications Commission sought to place federal monitors in newsrooms.

For far too long, Americans, who believe that their First Amendment rights are absolutely secure, have been complacent about the Left’s hard-driving and persistent assault on free speech. The danger is real, however, and action must be taken in response.