Ignoring The Threat To The First Amendment 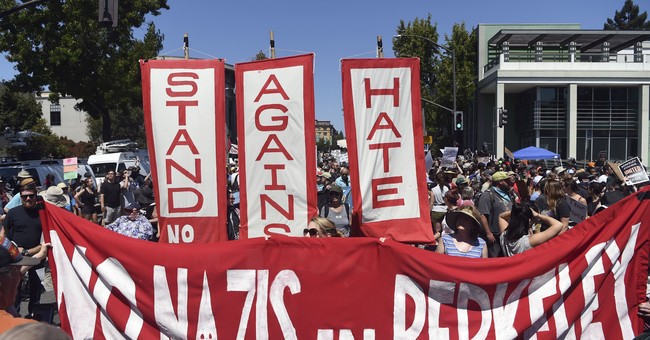 To Americans, engaging in free speech is as basic a concept as breathing. That is why the dire and unprecedented threats to the First Amendment are not taken with any significant level of seriousness.

The concepts enshrined in the U.S. Bill of Rights are under profound attack, by a number of politicians and academics.  In 2012, Sen. Charles Schumer (D-NY) urged “there ought to be limits” on First Amendment rights. At a Senate Rules Committee hearing, Schumer, the senior senator from New York, issued the stunning statement that ”The First Amendment is sacred, but the First Amendment is not absolute.”

The assaults first became prominent during the Obama Administration’s tenure in office. His commissioners on the Federal Communications Commission sought to place federal monitors in newsrooms. His attorney general openly considered criminal prosecution of anyone disagreeing with his views on climate change. He moved to place the internet under international control (which would permit censorship). The Internal Revenue Service was used as a bludgeon against groups opposing White House policies. The Justice Department seized telephone records of Fox news reporters.

Anti-free speech activities didn’t end after Obama left the White House, but moved into different spheres of influence. Ari Lieberman, writing for Frontpage correctly noted that, “The Left’s assault on free speech is an alarming trend that represents a grave danger to democratic values and principles. They employ code words like ‘safe spaces’ and ‘First Amendment opportunism’ to hide behind the fact that they are tearing apart the very fabric of the United States Constitution.”

51% of Americans think the First Amendment is outdated and should be rewritten.

CFS provided an explanation for the results: “… There are at least two factors at play. One is the obvious polarization of politics and the media… Second, we hear much about “hate speech.” … If the government is in charge of determining what is hate speech, then it inevitably becomes political—a weapon that can be used to punish people on the other side of an issue.”

Donald Trump, Jr., in a Hill opinion piece, notes that there is a distinctly partisan flavor to the censorship imposed by social media giants. He argued that “Big Tech” has acted in a manner that tends to remove conservative thought from the great public square of the internet.

A Newseum white paper found that, “The real problem of free expression on college campuses is much deeper than episodic moments of censorship: With little comment, an alternate understanding of the First Amendment has emerged among young people… The crisis is not one of the very occasional speaker thrown off campus, however regrettable that is; rather, it is a generation that increasingly censors itself and others, largely silently but sometimes through active protest…”

The Foundation for Individual Rights in Education (FIRE) maintains that, “A culture of censorship has taken root and permeated universities, in part due to some students’ unfamiliarity or disinterest in their rights. A likely culprit is deficient civic education in secondary schools across the nation. In the absence of engaging civics instruction and classroom debate, some students fail to grasp the content or significance of their First Amendment freedoms, allowing those rights to fall victim to restrictions on campus…”

An entire generation of Americans, perhaps two, has come of age absent the traditional understanding of and appreciation for freedom of speech. The impact on the nation’s future will be significant.