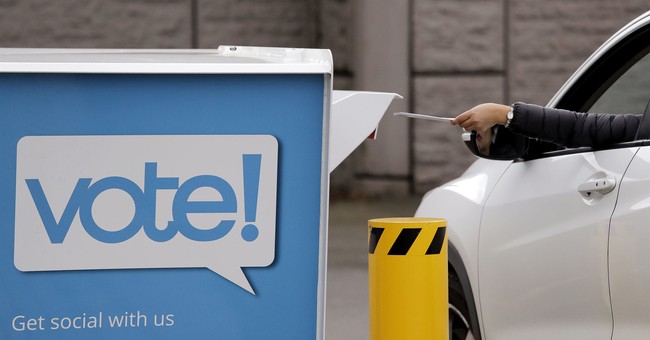 The concept of citizenship is being questioned in the debates over whether the census should include a question on citizenship status, whether the border should be enforced, and who should have the right to vote.

Citizenship status was periodically included in census forms as far back as 1850. There have been numerous attempts to overturn the Trump Administration’s decision to include the question in 2020. The White House notes that the question is vital to enforcing the 1965 Voting Rights Act. A count that includes noncitizens could violate the “One Man, One vote” principle by providing districts with significant numbers of noncitizens more representation in Congress than districts with fewer noncitizens. Opponents have challenged the decision extensively. There is a deeply partisan divide, since Democrat districts stand to gain substantially by including noncitizens. The U.S. Supreme Court is expected to rule on the issue.

That debate is just part of the new questioning of the meaning of citizenship.

The very concept of enforceable border has been questioned.  Without enforceable borders, citizenship becomes a difficult concept to enforce. Advocates of open borders attempt to equate it with legal immigration and its benefits.  It’s a false comparison.  Over the centuries, legal immigrants came to the U.S. with the expectation that they would be expected to contribute as much as they received.  Increasingly, however, significant benefits have been made available to new arrivals. Progressives want to expand coverage of those benefits. Presidential Candidate Bernie Sanders (D-Vermont) wants to provide Medicare for illegals. California will soon provide a version of this. This attracts many who come for the purpose of receiving benefits, rather than contributing to the national economy.

Some have openly advocated allowing noncitizens to vote.  The device which has, unlawfully, been used to give noncitizens the vote is the provision of driver’s licenses.

The National Conference of State Legislatures notes that,

While some jurisdictions claim that they will modify the licenses to prevent illegals from registering, in practice, that assurance has not been consistently kept.

As outlined by the Center for Immigration Studies,

“The problem, quite simply, is that motor vehicle examiners aren’t experts at knowing who is, or is not, allowed to vote and so, not surprisingly, err on the side of inclusion. It’s understandable, really, but the result is that they inevitably assist license applicants to register when they are ineligible because they’ve been disenfranchised because of felony convictions, because they are aliens, or because they are subject to one of the sundry legal bases that exist for not permitting a person to vote. The parameters of these unintended consequences have multiplied, at least where aliens are concerned, in those states that have chosen to grant driver’s licenses to illegal aliens. California is one of those states.

"News outlets are now telling us that, after repeated denials, the California Department of Motor Vehicles has admitted that, yes, it did in fact screw up by assisting at least 1,500 ineligible driver’s license recipients to register to vote, including aliens."

Advocates claim their position is philosophical: The idea that all humans should be treated the same, regardless of whether they have made contributions to U.S. society. Their position is clearly political: new immigrants to the United States overwhelmingly vote Democrat, at least for the first generation, and so there is great gain to be made in encouraging mass numbers of new entrants. Corporate leaders also benefit from the downward pressure it places on wages.

Conservative Women Are the Happiest People in America: Any Guesses Who's Unhappiest?
Redstate
The never-ending story: Rioting and arson in Portland
Hotair