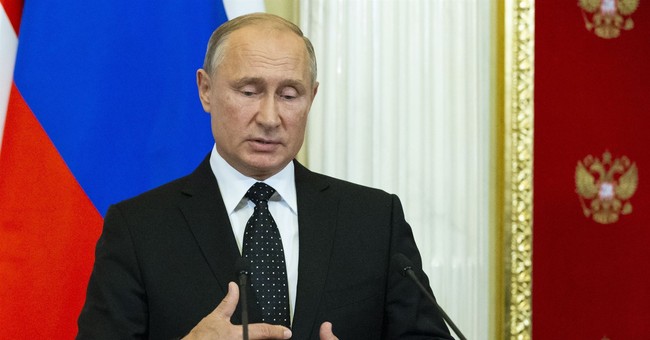 A fundamental difference between leftists and progressives on one side and moderates and conservatives on the other has become apparent in the defense spending debate taking place in Congress this week.

China has developed a vast, first-rate military. It has fielded its first aircraft carrier, demonstrated an ability to shoot down satellites, continued to field advanced short, medium, and long-range missiles, successfully tested hypersonic glide vehicles, and modernized and expanded its nuclear capabilities.

Vladimir Putin has dramatically upgraded and modernized Russia’s conventional armed forces, as well as fielding the planet’s most potent nuclear arsenal.  In the second decade of the 21st century, Moscow engaged in a $723 billion modernization program that included procuring 1,700 warplanes, including cutting edge fighters and new air defense batteries. Spacewar reported that,

“A total of eight Borey-class submarines are planned to join the Russian Navy by 2020 to be the backbone of Russia’s marine nuclear forces…Moscow’s innovative undersea fleet is getting a further upgrade through the development of ‘fifth generation submarines,’ unmanned  nuclear vessels with advanced stealth, noise-reduction, automated reconnaissance and warning systems.”

Adding to the significant danger from Moscow and Beijing’s significantly strengthened militaries is the growing alliance between the two giant nations, which observers now call the Russian-Chinese axis.

A U.S.-China Economic and Security Review Commission report on Beijing’s military ties to Moscow notes that,

“Since the normalization of relations between China and the Soviet Union in 1989, Beijing and Moscow have prioritized defense and security ties, which are now among the most important components of the overall relationship. This emphasis is reflected in their 1996 “strategic partnership of coordination,” which remains the foundation for high-level cooperation. […] China steadily increased arms imports from Russia, eventually becoming Russia’s leading destination for arms exports. […] Since 2012 […] closer defense ties have been a key driver of warming China-Russia relations. Indeed, China and Russia appear to be moving toward a higher level of defense cooperation. The three main areas of the bilateral defense relationship—military exercises, military-technical cooperation, and high-level military-to-military contacts—show increases in the level and quality of engagement, collectively reflecting closer defense ties.”

The danger is apparent not just in the development of massive armed strength and the institution of an anti-American alliance, but in the actual use of hard power.  During the Obama Administration, Russia invaded Ukraine and annexed part of it. It continues its assault on Kiev’s sovereignty.  China invaded the Philippines Exclusive Economic Zone, and engages in further illegal moves to assert its power throughout the Pacific. Both nations are expanding their influence in the Western Hemisphere, particularly in Cuba and Venezuela.

Despite these realities, there is a significant drive to sharply cut U.S. defense spending, weakening a Pentagon still suffering from Obama-era budget cuts. The differences between the two sides are stark.  President Trump has called for a $750 billion military budget, an increase of about $60 billion from the prior year.  Moderate Democrats seek a smaller increase of about $40 billion.  But, as the Associated Press has reported, a large number of progressive groups are calling to reduce spending from the prior year by $200 billion. Presidential candidates Bernie Sanders, Kamala Harris, Elizabeth Warren, and Kirsten Gillibrand have been vocal in their intent to slash funding for a military still reeling from prior inadequate support.

The electoral appeal of urging the transfer of funds from the Pentagon to domestic programs plays well on a media predisposed to favor a progressive viewpoint. But the reality of the large and growing threat from the Russian-Chinese axis, as well as the worrisome actions of Iran, North Korea, and terrorists, makes the argument to do so an exercise in unreality.