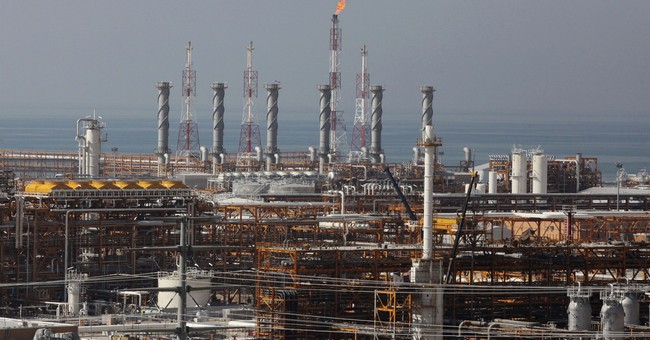 Despite the ubiquitous, always-on media cycle, one of the most important news stories of the past half-century has been barely discussed: America’s stunning rise from energy dependence to its new role as a net exporter of that vital commodity.

As 2018 drew to a close, the United States exported more oil than it imported for the first time in seven decades. Investors.com headlined the concept appropriately: “Trump just achieved what every president since Nixon had promised: energy independence.”

In terms of global supply, U.S. oil production rose at the fastest pace in history. It was the largest one-year increase in oil production that the world has ever seen.

Energy independence was a key campaign theme for Donald Trump during his presidential campaign, and may well be a selling point in his re-election campaign.

A Forbes review outlined what steps the Trump Administration took to bring about the change. They included: Auctioning off 77 million acres in the Gulf of Mexico for oil and gas drilling; Directing the Environmental Protection Agency to rescind the Clean Power Plan; ordering the Treasury Department to “eliminate barriers to the financing of highly efficient overseas coal energy plants”; and, Approving the Keystone XL and Dakota Access pipelines.

“Now, recent history should remind us all that we’re not just producing energy for Americans…“Our plentiful oil supplies allow us to help our friends secure diversity for their energy resources. We don’t want our European allies hooked on Russian gas through the NordStream II project any more than we ourselves want to depend on Venezuela for our oil supplies.”

For a significant period of time, Germany’s willingness to purchase energy from Russia has been a substantial point of contention between Washington and Berlin. The problem extended beyond just Angela Merkel, however.  Many believe that Europe’s dependence on Moscow intimidated NATO members from taking firmer stances against Vladimir Putin’s actions aggression in Georgia and Ukraine. Within the Western Hemisphere, Venezuela’s Nicholas Maduro had been able to gain protection from Cuban personnel in return for shipments of oil to the island nation. That practice may be dwindling for more reasons than just American energy production; as the Caracas regime flounders, its socialist policies have led to the near-destruction of its ability to produce oil for export, despite the existence of vast reserves within its borders.