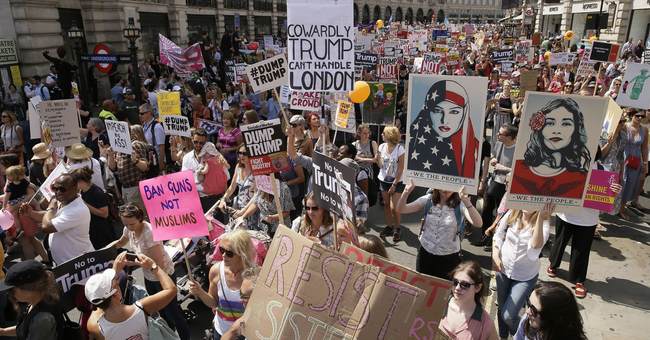 There has been much written about how harsh American politics has become.  The fact exists that the nastiness remains, for the most part, one-sided.  Despite the wailing over President Trump’s tweets, the lion’s share of the vitriolic comments, and the radical positions, come from the Left.   In contrast, the Right has been comparatively restrained in its descriptions of the increasingly extreme and dangerous comments and positions emanating from the Progressive side.

Consider the extraordinary ideas pushed recently by Democrats.  The late Rep. John Dingle, (D-Michigan) shortly before his passing, advocated abolishing the United States Senate. There has also been considerable advocacy on the left for eliminating the Electoral College. Those acts, alone, would fundamentally alter the entire governing structure of the Constitution. The motive for restructuring the most successful republic in world history is not based on any profound practical or intellectual complaint. It comes from a crass and cold calculation that a fundamental transformation from a federal system to one dominated by a central government would allow the left’s centers of power, the large cities, to essentially monopolize power.

It would also be a crucial step in allowing socialism to flourish. That political/economic system, in its hundred-year existence, has failed in every jurisdiction it has been tried across the globe, and resulted in political tyranny and increased poverty.  The most recent example is Venezuela, and the many American leftists who hailed the leadership of Hugo Chavez and Nicolas Maduro have yet to face substantial criticism by the left-friendly media. The label “extremist” is not frequently used against its advocates.

Positions against religion have been taken, including the rapid growth and acceptability of anti-Semitism in the Democratic Party, the attack on First Amendment rights of religious institutions (seen in the mandates of Obamacare,) and the sharp questioning of Catholic nominees for judicial positions by Senators such as Diane Feinstein (D-Ca.), Kamala Harris (D-Ca.), and Mazie Hirono (D-Hawaii) who have implied that followers of that religion may not be fit for the bench have become commonplace.

Steve Cortes, writing in Real Clear Politics  reported: “Sens. Mazie Hirono and Kamala Harris, in written questions to District Court judge nominee Brian Buescher, challenged his suitability for the bench because he belongs to [The Knights of Columbus.]  Hirono claimed that the Knights have taken ‘extreme positions’ such as affirming Catholic belief in traditional marriage and even asked Buescher, ‘If confirmed, do you intend to end your membership with this organization to avoid any appearance of bias?’…Harris wrote that ‘the Knights of Columbus, an all-male society comprised of primarily Catholic men … opposes a woman’s right to choose.’ Anyone who further dares to personally embrace longstanding Christian doctrine on the sanctity of life, including the unborn, should also seek employment outside of the federal bench.  Such anti-Catholic bias represents not just a discriminatory affront, but also an unconstitutional religious litmus test for appointees…”

The most basic concepts of the Bill of Rights have been targeted by Progressive politicians and advocates. Senate Minority Leader Charles Schumer (D-NY) called for restrictions on the First Amendment. Democrat lawmakers in Hawaii seek to abolish the Second Amendment.

Perhaps most profoundly, Progressives have advocated for eliminating the very concept of U.S. citizenship. H.R. 1, introduced by Rep. Sarbanes (D-Maryland) would protect jurisdictions that allow illegal aliens to cast votes. It passed with near-unanimous support by House Democrats (but will not survive in the U.S. Senate.)

It cannot escape notice that even as deeply radical concepts are pushed by the left, they are hardly ever characterized by the media as “extreme.”  That label seems to be reserved for moderates and conservatives who generally seek to merely preserve the traditional practices of America’s governing structure, its economic system, and societal norms.