Medicare For All: A Look At The Fine Print 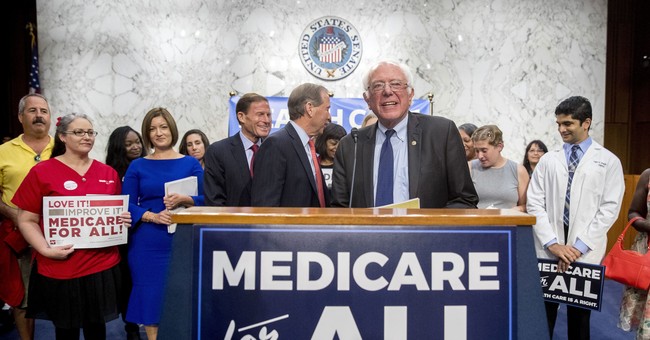 The cost of medical care is an issue that is essential for almost all Americans. Unfortunately, rather than concentrate on viable and realistic solutions, far too many politicians have offered proposals which are neither practical nor affordable.

A RAND study notes that,

“Care would not be free in a single-payer system—it would be paid for differently. Instead of paying insurance premiums, people would pay taxes, which would be collected by a government agency and used to pay for health care on behalf of the population... Many single-payer proposals, including Sen. Bernie Sanders’ “Medicare for All” proposal, cover a comprehensive range of services with no or very low co-pays and deductibles. While common in many proposals , a single-payer system would not necessarily eliminate all out-of-pocket expenses. In fact, the current Medicare program, which some consider a form of single payer, has deductibles and co-pays.”

Betsy McCaughey Ross, who has intensively studied the issue, stressed in a New York Post editorial that,

“A single guy earning $82,500 a year, and currently paying a 24 percent marginal rate, would be hit with a 60 percent tax rate ­instead. A couple reporting $165,000 in income would also see their marginal rate soar to 60 percent from 24 percent.”

New York State is considering establishing a statewide system of single payer health care or Medicare for All. Entitled the New York Health Act. It would be a one-state experiment of the proposal many Progressives advocate for the nation as whole.

A state think tank, the Empire Center, is critical of the concept, for reasons that would be applicable to the nation as a whole. Its analysis notes:

"The costs and risks of single-payer would be much greater, and the benefits much smaller, than its proponents claim. Sweeping and coercive even by international standards. Consider just a few of the ramifications:

“Meanwhile, single-payer would put vastly more power and money into the hands of a state government notoriously prone to corruption and inefficiency.”

Missing throughout the discussion has been the road not traveled—solutions to the high cost of health insurance and the coverage of the uninsured that do not involve the establishment of a vast enlargement of state or federal governments with all the inefficiencies and overlooking of individual needs that that entails.

One of the key reasons health insurance is so high is the relative lack of competition.  Insurers can’t cross state lines to give potential customers a wider selection of choices.

While poorly performing hospitals and doctors should be forced to pay dearly for their malpractices, the reality is that many lawsuits are without any basis, brought under the concept that merely paying off an agreed upon sum is cheaper than going to trial.  Tort reform could lessen this burden.

Nurse practitioners could perform far more routine medical services than they currently do.

A final thought: if “Medicare for All” is adopted, will all the funds collected by American workers who paid into Medicare throughout their working lives be refunded the amounts collected, since now even those who never paid a penny will receive equal benefits?