Over 200 Million Christians Now Under High Levels Of Persecution 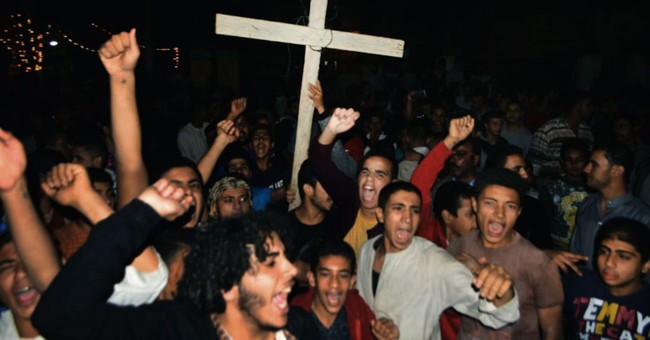 Largely ignored by most of the media, persecution of religious believers has reached dramatic levels in the past several years.  From genocide against Christians in Africa to concentration camps for Uyghur Moslems in China and Iranian crackdowns on minority faiths in the Middle East, freedom of faith is severely challenged across the globe. U.S. Secretary of State Michael Pompeo notes that, “Around the world, religious minorities are persecuted and stripped of human rights.”

According to an Open Doors analysis,

“215 million Christians experience high levels of persecution in the countries on the World Watch List. This represents 1 in 12 Christians worldwide. North Korea is ranked #1 for the 16th consecutive year (since 2002). During the World Watch List 2018 reporting period: 3,066 Christians were killed; 1,252 were abducted; 1,020 were raped or sexually harassed; and 793 churches were attacked. Islamic Oppression fuels persecution in 8 of the top 10 countries.”

A Gatestone Institute  study by Raymond Ibrahim reports that events in Nigeria are particularly dramatic. He cites an analysis from the Christian Association of Nigeria which reveals that,

“Realistically speaking, Christianity is on the brink of extinction in Nigeria. The ascendancy of Sharia ideology in Nigeria rings the death toll for the Nigerian Church… These nonstop Islamic attacks are causing the Christian population of the West African nation to plummet — to the point of extinction by 2043, warned Bosun Emmanuel, the secretary of National Christian Elders Forum. On June 23 he was reported as saying that the current administration of President Muhammadu Buhari in Nigeria ‘is openly pursuing an anti-Christian agenda that has resulted in countless murders of Christians all over the nation and destruction of vulnerable Christian communities.’”

While being a Christian is illegal in North Korea, identifying as one in Afghanistan or Pakistan is also extremely dangerous.

As a major power, China’s actions must be seen at the forefront of any discussion of the global acceptance of religious persecution. As President Xi expands his permanent grip on power, Beijing has increased its crackdown on religion.

In China, according to the U.S. State Department, Christian churches reported that increased monitoring has caused many churches to cease their normal activities. Authorities have arrested and harassed Christians in Zhejiang Province, including requiring Christian churches to install surveillance cameras to enable daily police monitoring of their activities. An ongoing campaign of cross removals and church demolitions continues,

“…During [2017], the government passed new laws…to govern the activities of religious groups. Religious leaders and groups stated that the…regulations would increase restrictions on their ability to practice their religions, including a new requirement for religious group members to seek approval to travel abroad and a prohibition on ‘accepting domination by external forces.’”

Christians are not alone in their suffering.

In Iran, according to Secretary Pompeo, Hundreds of Sufi Muslims are jailed for their beliefs. In a USA Today op-ed, he noted that, “The religious intolerance of the regime […] applies to the Sufi dervish community, Christians, Jews, Sunnis, Baha’is, Zoroastrians, and other minority religious groups simply trying to practice their faiths.”

There continued to be reports the government tortured, physically abused, arrested, detained, sentenced to prison, or harassed adherents of both registered and unregistered religious groups for activities related to their religious beliefs and practices, including members of unregistered Christian churches (also known as “house churches”). Falun Gong reported dozens of its members died in detention.

The oppression of religion by totalitarian governments centers on the concern that any non-official source of influence could serve as a check on their powers, particularly on their actions which deprive individuals of their rights.