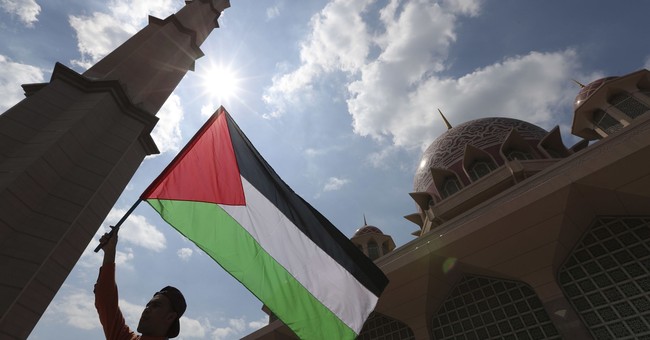 The media has chosen to not make the rising tide of anti-Semitism an issue in the 2018 Midterm elections. But ignoring the problem does not mean it doesn’t exist. At home and abroad, in politics and on the internet, the growing acceptability of hatred against Jews is crisis that should not be ignored.

Jonathon Marks, writing for Commentary magazine, notes that “Democrats… seem determined to hold on to those who do Jews harm.”

The bias against both Jewish individuals and the Jewish state has reached a level within the Democrat Party unprecedented within the modern era. Nation of Islam head Louis Farrakhan recently compared Jews to termites, and his history of ties with Democrat National Committee Deputy Chair (and current Democrat candidate for Minnesota Attorney General) Keith Ellison is undeniable.

But it doesn’t end there.

In New York State’s Hudson Valley, Democrat Antonio Delgado, a candidate for Congress, has made a campaign issue of blasting Israel with false accusations.  He has not been rebuked by his party. Also within New York State, within NYC itself, Democrat candidate Alexandria Ocasio-Cortez continues to side with Palestinians over Israel.

Even the very Democrat-leaning New York Times  has noticed the trend. Catie Edmondson wrote on October 7,

“A cluster of activist Democrats — most of them young, most of them cruising toward House seats this fall — has dared to breach what has been an almost inviolable orthodoxy in both political parties, strong support for Israel… They include Ilhan Omar, a Somali-American Muslim running for an open House seat in Minneapolis; Rashida Tlaib, a Palestinian-American Muslim running in Detroit; Ms. Ocasio-Cortez, running in a heavily Democratic district in the Bronx and Queens; and Leslie Cockburn, co-author of “Dangerous Liaison: The Inside Story of the U.S.-Israeli Covert Relationship,” who is running in a Republican-leaning district in Virginia. None of them would comment for this article.”

The Times article failed to include Tallahassee Mayor Andrew Gillum, who is the Democrat candidate for governor in Florida. Gillum is a staunch supporter of groups that push the anti-Israel Boycott, Divestment, and Sanctions (BDS) movement.

As the New York Analysis of Policy and Government has previously reported, it is not coincidental that the Democrat’s growing anti-Semitism and anti-Israel tendency has grown as the hard-left has increased its influence and power within the party. Chris Pandolfo, writing for the Conservative Review  notes that “As insurgent hard-Left socialists become the face and the ‘future’ of the Democratic Party, their connections to anti-Semitic organizations and attitudes are becoming more apparent…the rise of these socialist candidates, the radicalism and anti-Semitic tendencies of the far Left, ought to concern every American. The inroads democratic socialists are making within the Democratic Party and the mainstreaming of anti-Israel rhetoric and policies should be widely discussed by a mainstream media…But instead, the Left is given a pass by a left-wing media that believes the most anti-Semitic socialist is preferable to a conservative Republican.”

The Obama Administration opened the door to both hard-left policies and anti-Israel sentiments, dramatically replacing America’s support for both Israel and moderate Arab states with support for Iran and the Moslem Brotherhood.

Warren Henry, writing in The Federalist,  reports that “Americans look at British politics and wonder how the Labour Party came under the thrall of someone with the anti-Semitic views of Jeremy Corbyn. One reason is that anti-Semitism seems to be a successful political strategy among a swath of the left. Another reason is that so many other people looked the other way while it was happening. Now that we’ve seen it happen in the United Kingdom, there will be far less excuse for us to be surprised if and when it happens here.”

Many Americans may be unaware of the Democrat’s growing bias against Jews because key information outlets refuse to cover the problem. While left-leaning Twitter goes to great lengths to find excuses to censor conservative-leaning writers, it refused to object to Farrakhan’s tweet comparing Jews to termites.