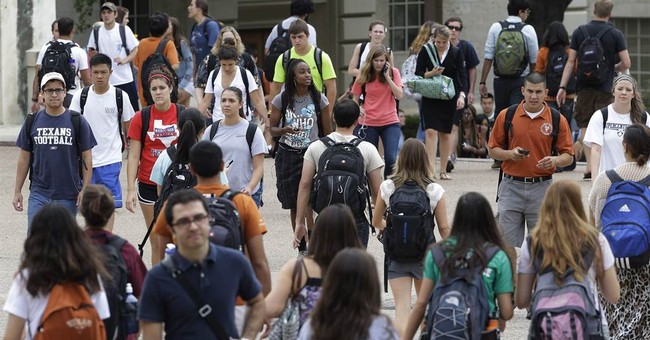 The U.S. economic revival is broad, and its success covers almost all segments of society.

The aftermath of the Great Recession of 2007 and the stagnation of the Obama era presented key challenges. However, reducing both taxes and the excess regulations allowed the inherent strength of the American economy to reassert itself. The current upswing is particularly notable for several reasons.

First, it has an extensive reach throughout all segments of the population. Blacks, Hispanics, young people, and the middle class, several segments that had been particularly hard pressed, are gaining. Second, blue collar workers, who have been harshly affected by the poor economic decisions of prior administrations, are benefiting. Main Street is gaining, as well as Wall Street.

Despite political claims to the contrary, wages are growing. According to the Bureau of Labor Statisics (BLS) average hourly earnings for all employees in August increased by 10 cents to $27.16. For 2018 so far, average hourly earnings gained by 2.9 percent, or 77 cents. Job growth has been notable. Total nonfarm payroll employment increased by 201,000 in August, in line with the average monthly gain of 196,000 over the prior 12 months.

At 6.3%, the unemployment rate for blacks is the second-lowest in history. Steve Cortes, writing in Real Clear Politics, notes: “Among Latinos, the jobless rate has only registered below 5 percent for seven months total, in the history of this country. Six of those months have occurred with Donald Trump in the White House…The jobs data was terrific news for Americans of all ethnicities. For the first time since the year 2000, the overall unemployment rate dipped below 4 percent. Just as significant, almost 1 million Americans who had previously given up on finding a job have rejoined the workforce since Trump was elected.”

The Wall Street Journalreports that youth unemployment also has seen remarkable improvement. Andrew Duehran notes that “…the unemployment rate among young Americans fell to its lowest level in more than 50 years this summer.

The other end of the age spectrum is gaining, as well.  Claudia Dreifus, in The New York Timeswrites that “In a tight labor market, retirees fill gaps their previous employers can’t.

Blue collar workers, long overlooked, are prospering. The BLS notes that there are 243,000 open blue collar jobs.  Mining employment increased by 6,000 in August.  Since a recent trough in October 2016, the industry has added 104,000 jobs.  Employment in construction continued to trend up in August (+23,000) and has increased by 297,000 over the year. Manufacturing employment was up by 254,000, with more than three-fourths of the gain in the durable goods component.

The Miami Herald reported this month that in its city,  “The plumbers, electricians, brick masons and carpenters — earn far above the local median: $55,000-75,000 a year with full benefits and a pension… as the economy barrels toward full employment, local contractors are struggling to find enough skilled workers to fuel the construction boom.

While paychecks are improving as well becoming more available, additional dollars are being freed up to consume goods.  According to Americans for Tax Reform  “Thanks to the tax cuts passed by the Republican House and Senate and signed by President Donald Trump, at least 120 utilities across the country are lowering rates for customers, according to a report from Americans for Tax Reform. This means lower electric bills, lower gas bills, and lower water bills for Americans. The Tax Cuts and Jobs Act cut the corporate rate from 35% to 21%. Utility companies are passing on the tax savings in the form of lower rates for customers.”