More than Anything, Baltimore Needs Jobs 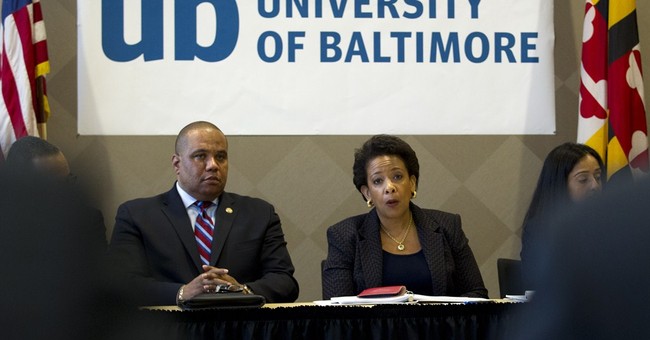 “The largest cities in the U.S. are showcases for socialism.”

Yes, racism is a problem with the police departments of most major cities, but a greater source of unrest in Baltimore is the large number of people without jobs and on welfare. Labor regulations, high minimum wage laws and excessively high taxes in Maryland have caused a drain on business in the state.

I see that Maryland’s former Gov. Martin O’Malley, a likely candidate to oppose Hillary Clinton to become the presidential nominee of the Democrats, was given a “D” grade by Cato’s 2014 report card of states.

There aren’t any riots in Florida, Georgia or Texas because those economies are flourishing and creating millions of new jobs.

Baltimore has a lot of wealthy people making money in finance — Bill Bonner’s Agora Finance is located there and doing well. Mutual fund company T. Rowe Price also is based there. But Baltimore lacks jobs for the middle and lower classes, including manufacturing jobs, which are being exported to other states and countries with less regulation and taxes than Maryland.

As Roger McKinney, editor of “The Affluent Investor,” states, “To paraphrase Ludwig von Mises, socialism is paradise until the money runs out, then it’s hell. The socialist elite have transformed once-great U.S. cities into third-world disasters where a small, extremely rich elite rules over poverty-stricken masses and an emaciated middle class.”

In case you missed it, I encourage you to read my e-letter column from last week on Eagle Daily Investor about how a weak economy impacts the market.