America Needs Clarity and Conviction of Purpose in the Middle East 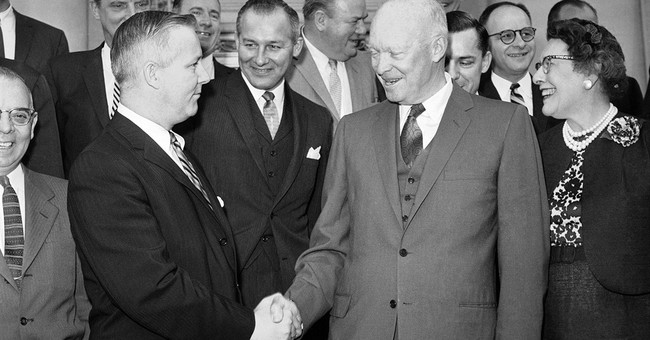 For much of the past century, America has embodied, both in word and in deed, a commitment to freedom and democracy that has improved the lives of billions of people all over the world.

Leaders such as Dwight Eisenhower and Ronald Reagan saw the importance of a foreign policy based on American values and grounded in American leadership. They understood that smart, strategic engagement was the only way to ensure our security, champion our values and advance our interests.

One of the most unstable and dangerous areas of the world today is the Middle East. Events that take place there have serious repercussions all across the globe that directly impact America's national security.

In the Middle East, the United States must return to a position of global leadership -- mere engagement is not enough. And while multilateral diplomacy is important, it, too, is insufficient. The next American president must demonstrate principled leadership that truly reflects our values and protects our interests by demonstrating the strength and resolve necessary to ensure our security.

Rogue regimes and their terrorist allies, sensing an opportunity, are expanding their influence in the Middle East. America's allies are deeply unsettled, worried that the enemies who provide a clear and present danger to them and to us believe that America is either unable or unwilling to counter their advances.

We should not shy away from the responsibility that comes from being the world's lone superpower, nor should we subvert our own unique standing by stooping to embrace regimes opposed to our values that routinely express their hatred for us and sponsor terrorist attacks against our citizens. We must reverse the current course of our nation's policy in the Middle East by clearly demonstrating that we know where America stands and are unafraid to do what is required to protect our interests, our allies and ourselves.

Iran's pursuit of nuclear weapons and hegemony in the Middle East threatens the already tenuous stability throughout the entire region. ISIS terrorists corrupt religion to justify murder, recruiting Western citizens to join in their jihad. A tyrannical regime clings to power in Syria, slaughtering tens of thousands of innocent civilians. Our closest ally in the Middle East, Israel, faces threats from all sides.

Many of these challenges are extremely complex, and America cannot and should not confront all of them alone. But the path forward should involve leading from the front, rallying our allies behind our just cause.

We need to show that our commitment to our friends is more than mere lip service. We must be unyielding in our support of our true allies, never letting trivial or petty disagreements supersede important relationships built over decades. This only serves to undermine our interests and empower our enemies. Our allies across the Middle East must know that the United States will help them in times of crisis and will work closely with them to ensure they remain safe, secure and prosperous.

Moving forward, the world should know where the United States stands. We cannot allow Iran to achieve nuclear-weapons capability. We must ensure that Israel continues to exist as a safe, secure democracy. And we must prevent radical Islam, which celebrates death and seeks to destroy modern society, from achieving a lasting foothold in the region.

When the United States draws red lines and issues ultimatums, we must be prepared to enforce them. Our failure to do so creates the perception that we are weak and uncertain; it emboldens and motivates our enemies. Failure to follow through on our promises creates the perception that we are a paper tiger, and it inspires radical regimes and terrorist groups to increase their aggressive pursuits that run counter to our own hopes for the region.

The global community, and especially those regimes whose nefarious actions should exclude them from the family of nations, must understand that the United States means what it says. Though we should always exhaust diplomatic options first, we must also be unafraid to confront aggression in kind and never feel forced to apologize for doing what we must to defend our nation and the security of our citizens.

With an overarching philosophy based on our values, we should champion policies that support our interests: security, stability and economic opportunity. Historically, we have engaged other nations in pursuit of these interests, and ensuring that our future remains bright requires continued work in these areas. Clearly articulating our foreign-policy vision in the Middle East will provide comfort to our friends, and it also will provide clarity -- and serve as a warning and a deterrent -- to those who wish us harm.

Terrorists, rogue states and nations with hostile agendas running counter to our own must understand that America not only takes notice of their actions, but we will punish such behaviors, and never abide or reward them.

In his first inaugural address, President Eisenhower said, "Forces of good and evil are massed and armed and opposed as rarely before in history. Freedom is pitted against slavery, lightness against dark." Eisenhower was referring to communism, of course, but his words ring true for today's Middle East, as well.

In order to ensure the safety, security and prosperity of our great country, we must clearly define our goals in the Middle East. America must support our friends in every way possible and work hard to prevent our enemies from harming our interests. We must reignite American leadership to stabilize the Middle East, protect our allies, and defend our nation, our allies and our interests.

The United States must return a sense of moral clarity and conviction of purpose to our Middle East policy, and we must be willing to lead in a manner that reflects our values.

Ben S. Carson is professor emeritus of neurosurgery at Johns Hopkins University and author of the new book "One Nation: What We Can All Do To Save America's Future" (Sentinel). To find out more about Ben Carson and to read features by other Creators Syndicate writers and cartoonists, visit www.creators.com.