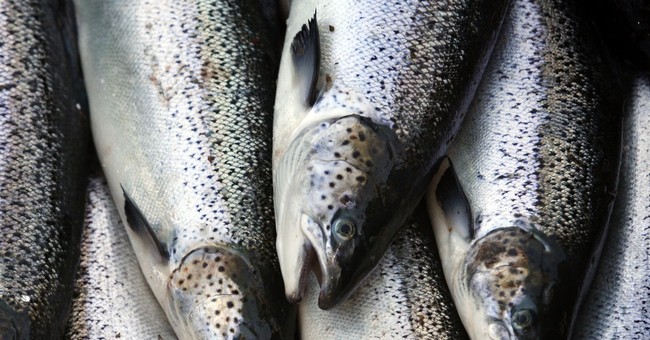 The left is driven by their desire to control others. Having taken control of education throughout the US and government in most major cities (and damaged both), their attention has turned to the entire economy. They have made tremendous political progress. The term “socialism” was taboo in 2008 when Obama won the Presidential election. Now advocating socialism is mainstream within the country’s largest political party.

To gain control of the economy the left must convince voters that free markets destroy our prosperity and our planet. This is a daunting task given that history teaches the opposite. Free market economies generate prosperity that, in turn, supports investment in cleaner environments. Centrally-managed economies savage their environment (e.g., the abysmal environmental destruction at the hands of the Soviet Union in the past and China today).

Unsustainability is the latest weapon in the left’s attack on market-based economies. Leftists find self-proclaimed experts who make outrageous predictions of doom and declare various activities as being unsustainable. The predictions generate fear that the left uses to increase their political power and control regarding everything from plastic straws to fossil fuels.

Clairvoyance is not possible when innovations of the human mind are being predicted. Nevertheless, there are many overly-confident experts willing to provide ridiculous forecasts. Mark Perry cites eighteen “spectacularly wrong predictions” made near Earth Day in 1970[1].

Consider the attempts to predict peak levels of commodity production. In 1924 a copper-mining expert named Ira Joralemon warned that:

“The age of electricity and of copper will be short. At the intense rate of production that must come, the copper supply of the world will last hardly a score of years… Our civilization based on electrical power will dwindle and die.” [2]

Joralemon was a leading expert in copper-mining and was inducted into the mining hall of fame in 1991.[3] In today’s terms he was describing “peak copper” – a type of warning about diminishing resources that more recently was used to conjure up fears of “peak oil” (dead wrong again!).

I first learned about the left’s obsession with sustainability when one of my students lamented about the pending crisis of unsustainability. I asked him for an example, and he said “Our salmon consumption is unsustainable.” He claimed that the current rate of consumption would wipe out all the salmon within a few years. I gave him plenty of chances to qualify his claims and to be sure that this was his best example. He insisted that current levels of salmon consumption were unsustainable. Now, I'm not a salmon expert, but I knew within seconds that he was ignoring something very important: the farming of Atlantic salmon. I happen to prefer the mild taste of farmed salmon and I knew that there was plenty of capacity for additional production. I tried to use this example to impress on this student that forecasting the future is very challenging -- especially when it comes to identifying limitations on what mankind will be able to accomplish. Unfortunately he, like most of my liberal students, was “frequently wrong but seldom in doubt."

As a child I marveled at the sketches of personalized jetpacks and helicopters that illustrated the forecasts of technological innovations in several popular magazines in the 1960s. I was disappointed at their failures to emerge as viable transportation devices. But, years later (and despite having observed Segways and drones) I was shocked to see video of a man being transported across the English Channel on a hoverboard. That’s the amazing thing about geniuses: they often engineer paths through the future that previous generations could not even imagine. With satellites, the wireless internet and computer chips how can anyone today know the limitations of technology?

Each time I hear someone proclaiming that something is unsustainable, I am deeply suspicious. I have noticed that proclamations of unsustainability tend to come more from those who are politically active than from actual scholars and entrepreneurs. Forecasting the limits of human ingenuity is risky business. Leftist economists have proved themselves to be incapable of forecasting anything to do with economics. Their only contribution to society in that regard is that they tend to make weather forecasters look good.