Are You An Exploitative Capitalist? 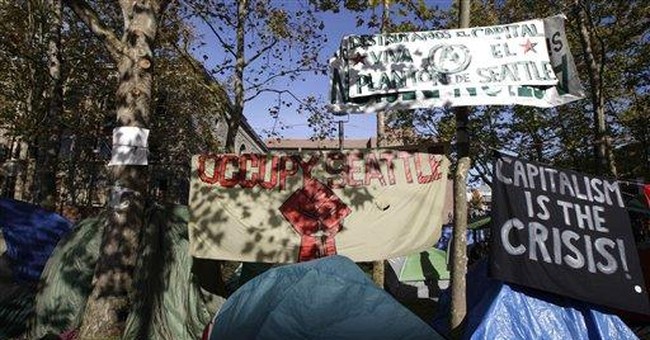 Words matter – and leftists are artful in using them to craft their dogma. The left has developed a vocabulary[1] for discourse. Academia not only teaches the vocabulary – they require its use. It is wildly pejorative. The term “assault rifles” must be used to denote any rifle. If you say “undocumented worker” you are OK. Say “illegal alien” and you are a racist. Pursuit of power tops the agenda of the left. Truth is not even in the running.

Mark is viewed as having created $1,000 of value by selling $1,000 of fast food. That  is utter nonsense. What about the other costs of running a fast food operation such as ingredients, supplies, equipment, taxes, insurance, and so forth? Apparently socialists think that Mark’s labor eliminated the need to pay for the beef, wheat, equipment, facilities, utilities and other inputs. The explanation about Mark and capital exploitation on the Urban Dictionary received 29 “thumbs up” and zero “thumbs down”. It’s getting late in the game and the leftists are winning this battle for young minds 29-0.

The Urban Dictionary is not alone in pushing the view that every penny of revenue belongs to laborers and every penny received by the providers of capital is exploitation. The International Socialist Organization explains it this way:

“...every dividend paid to the shareholders of industrial corporations, every dollar collected by capitalist landlords--all of this is the result of the uncompensated labor of working-class people.” and that “...exploitation is at the root of capitalism”.[3]

I shop at a very large employee-owned grocery store - in part because the employees are so nice and helpful. Employees acquire stock in the firm by making contributions through their 401(k) plan. The employees receive dividends and price appreciation on their shares of stock in their own company. Are the employees therefore exploitative capitalists of themselves? Would leftists attack them as capitalists or defend them as victims?

From a selfish perspective I love employee-owned companies; but I do worry that employee-owners are poorly diversified (taking higher risks without higher expected returns). Improved diversification is a strong argument for separating the roles of employees and capital providers.

Another leftist tool is linking everything to race and gender. Leftists tout their latest plans for social engineering by attaching the proposals to bedrock beliefs, beliefs such as opposition to racism and misogyny. For example, consider the following linkage of racism and patriarchy to capitalist exploitation:

“...the political traditions forged through resistance to and rejection of racism, patriarchy and capitalist exploitation are equally American”[4]

Note the grouping of their true goal (rejection of capitalism) with their ace cards: race and gender. The above phrase, signed by eighty-five of my former colleagues, is emblematic of the carefully-crafted manifestos of the left. Leftists paint capitalism as being much like racism and misogyny – they are hateful things that deplorables use to exalt themselves and keep everyone else down. The implicit tenet is that all enlightened people must oppose any item that appears in a list that includes racism and misogyny.

Another example of implied guilt by association is found in the left’s frequent use of the term organizing principle. The same letter referenced above includes the claim that:

“…white supremacy has been an organizing principle of American life since the founding of the United States.”[5] (emphasis added).

Wikipedia defines an organizing principle as “a core assumption from which everything else by proximity can derive a classification or a value,”[6] Proximity determines value? For example, the left claims that every founder of this great nation and every value that they supported were tainted by their proximity to slavery.

The odds are stacked against freedom in America because the left controls most media outlets and institutions of higher education. Those of us who wish to retain our natural rights should pay careful attention to the words being used by leftists to indoctrinate our children and others. Words matter, and leftists use them (both their words and our children) quite cunningly. The “last best hope on Earth” is in trouble.

[1] For a humorous summary see http://www.ultimak.com/left-speak.htm