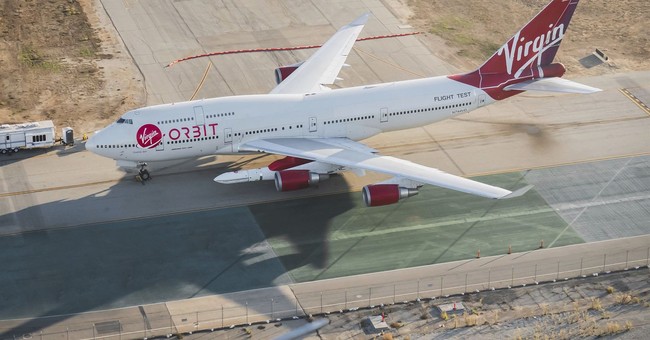 It now seems clear from news reports that Boeing’s 737 Max airliner is an inherently unstable plane whose tendency to pitch up and stall is balanced by a software kluge that forces the nose back down again. The American stock market has a similar problem.

It has a tendency to point its nose straight downwards, as we saw during the fourth quarter of 2018, for all the obvious reasons: world trade is shrinking, economic growth is slowing, the pool of cheap labor is exhausted, and the profit model of market leaders is challenged by any number of factors. To counteract this the Federal Reserve keeps pushing the real stabilizer down to push the market’s nose back up again. That is why the stock market doesn’t want economic growth so strong that the Federal Reserve might – God forbid – raise interest rates.

When Fed Chair Jerome Powell spoke to the press two weeks ago, he cited a December drop in retail sales and a February plunge in new job creation as evidence of a slower economy, grounds for an unexpectedly dovish turn in US central bank policy. Bond yields plunged and stocks rose during the next two weeks.

Earlier this week we saw retail sales drop yet again in February, bringing the six-month average monthly change into the negative for the first time since the great financial crash a decade ago. And today Automatic Data Processing released an unexpectedly weak number for March employment (the more important Bureau of Labor Statistics release comes Friday morning at 8:30 EST). According to ADP the US economy added 129,000 jobs rather than the consensus estimate of 175,000 jobs.

But that’s consistent with a sharp slowing of economic growth, from last year’s 2.8% to perhaps 1.5% in 2019 (in my back-of-the-envelope estimate). The biggest problem, as I tried to demonstrate in a March 8 analysis, is that the pool of unskilled workers available to labor-intensive industries has shrunk. Wages have risen sharply in such industries as leisure/hospitality, retail and health care, and the rate of hiring has shrunk correspondingly. The consensus puts the Friday employment number at +178,000. I think it will disappoint on the downside (which means that fixed income traders should be long duration going into the employment report).

The impact of higher wages for lower-income workers is evident in politics as well as economics. As Steve Cortes reported Wednesday at RealClearPolitics, President Trump’s approval rating among American Hispanics jumped during the past few months, with some pollsters putting it at 50%. Trump got 28% of the Hispanic vote in 2016, compared to the pollster’s prediction that he would receive only 18%. That could put Trump over the top in 2020.

The Federal Reserve says that its biggest worry is the decline in inflation expectations reflected in bond prices (the difference between the yield on inflation-indexed 10-year Treasury notes and ordinary Treasuries, or “breakeven inflation”). In fact, breakeven inflation is about 0.10 to 0.15% lower than commodity prices would predict.

That 10 or 15 basis points of missing inflation expectations, it turns out, is accounted for by downside surprises in economic data – hardly an earth-shattering revelation.

Analysts are debating what all of this might mean for profit growth. For the meantime, the Federal Reserve’s largess continues to keep money in equities, although I don’t expect impressive gains after the first-quarter bounce back. The weaker the economy, the lower the discount rate on equities, courtesy of the Federal Reserve.

It reminds me of the fellow traveling in a 737 Max who hears the pilot announce that one of the engines has failed. Don’t worry, the pilot reassures the passengers: the plane flies perfectly well on one engine. It will just take a bit longer to reach the destination. A few minutes later, the pilot comes on the loudspeaker and says, “We just lost the other engine!” The fellow says, “At this rate, we’ll be up here all night!”

At the rate the US is going, the stock market will stay up forever, just like the 737 Max in question.

Equities ended the day little changed in Tuesday’s US session. European stocks did better, with the main index up 1.25 and Germany’s DAX index up 1.7% after Germany’s purchasing managers’ index for services reported at 55.4 for March against a consensus of 54.9.

I’ve called attention before to European industrials, particularly German automakers, as an undervalued China play. Half of Volkswagen’s sales and most of its growth are in China, for example.

Oregon State Police Pull Out of Portland — Local DA’s Refusal To Prosecute Behind The Move? Return of Feds At Hand?
Redstate
Seattle BLM protesters to strangers: ‘Give up your house. Give black people back their homes.’
Hotair