How I Nailed The May Payroll Bust 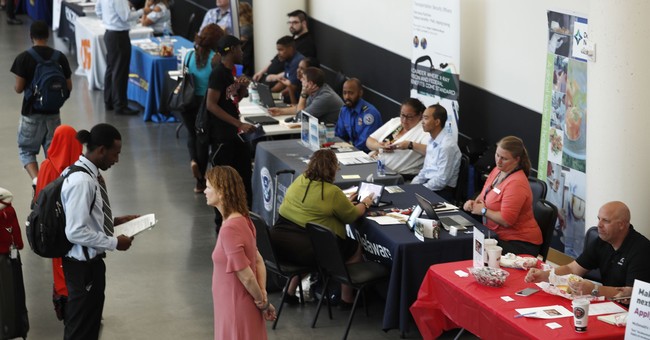 The Labor Department reported this morning that the US economy added just 75,000 nonfarm jobs in May, below the lowest estimate in the Bloomberg consensus survey, which called for an increase of 175,000.

That is, not a single Wall Street economist came close. I predicted a payroll increase of 75,000 in my June 5 column. Two days ago I was on the lunatic fringe of pessimism. In fact, I was much, much too optimistic. The actual report was much worse than even I expected.

First of all, the true number isn’t 75,000, but zero: The Labor Department also revised the previous two months’ payroll reports by 75,000, canceling out even the slim increase in May.

Second, average weekly hours remained at the low level of 34.4 (the consensus expected an increase to 34.5). As I pointed out before, the total number of hours worked (the number of employed multiplied by average weekly hours) is growing at an annual rate of barely 1%, versus 2.4% last year. That’s not a recession, but it’s a return to the miserable growth of the Obama years.

Third, average hourly earnings grew at a 3.1% annual rate, compared to consumer price inflation of 2%. That’s a decline from a peak of 3.4% in February.

Earlier this week, the private payroll manager Automatic Data Processing reported an increase of just 27,000 in May employment, and its competitor Paychex offered a similar estimate. In general the ADP survey is a poor predictor of monthly changes in the official payroll number, but there were good reasons this time around to take it seriously.

Today’s data is a warning to the Trump Administration about the misuse of tariffs as a blunt instrument of economic policy.  The uncertainty generated by the threats to global supply chains from China to Mexico discourages capital investment. The tariffs already in place have taken back almost the whole of Trump’s $930 tax cut for the average American family, according to research by the New York Federal Reserve. That explains why retail sales are growing just 1% a year in real terms.

America’s growth spurt during the past two years has been Donald Trump’s great success. Tax cuts and deregulation (as well as the promise of more deregulation) revived the animal spirits of small business and produced an employment boom. But the president’s reliance on tariffs threatens to undo his good work, and prejudice his chances for re-election in 2020.

Paradoxically, the terrible, horrible, no-good, very bad payroll report is very good news for equities. It will strengthen the position of those among Trump’s counselors who have warned him that tariff wars are bad news for the economy. Sadly, the equity market depends more on how the president reacts to economic news than on the economic news itself.