Trump All But Announces Trade Deal With China 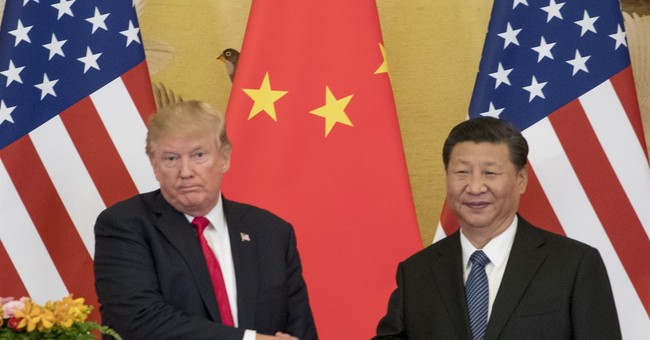 In a press conference at the White House Wednesday afternoon, following better-than-expected results for his party in midterm elections, President Trump all but declared that he had concluded a trade deal with China.

“They got rid of ‘China 25,’” the president said in response to a reporter’s question, in an apparent reference to China’s Made in China 2025 program to eliminate dependence on imports in several key high-tech industries by the year 2025.

“China would have superseded us in two years as an economic power. Now they’re not even close. China got rid of their ‘China 25’ because I found it very insulting. I told that to them. That means in 2025 they’re going to take over – economically – the world,” Trump told reporters.

Significantly, Trump used the past tense, as if referring to a deal that was already well on its way to completion.

He went on to tout progress that he has made in pressuring Beijing, adding: “we’re going to try to make a deal with China because I want to have a great relationship with President Xi – as I do – and also with China.”

I reported from Beijing last month that China was willing to back away from the “Made in China 2025” program in the context of a trade deal with the United States:

By backing off from the 2025 target, Chinese officials believe, Beijing can placate the US Administration, and give President Trump a coup in public relations while keeping its own industrial program intact. The government is exploring a number of ways to present such a deal.

Last week, a new government draft entitled “Made in China 2030” was released for discussion at government think tanks. Some government advisers mention the year 2035 rather than 2025 as a goal for achieving China’s high tech ambitions. The differences are largely verbal and have little bearing on actual policies.

Judging from the president’s remarks on Wednesday, China’s flexibility in branding its high-tech investment program helped placate the US Administration.

Analysis of 1-minute-interval trading data shows that gains in FXI preceded moves in the broad US index by two to three minutes.

This follows a pattern set at the beginning of November when US markets recovered after President Trump indicated that prospects were good for resolving the trade dispute with China.

Trump tweeted on November 1: “Just had a long and very good conversation with President Xi Jinping of China. We talked about many subjects, with a heavy emphasis on Trade. Those discussions are moving along nicely with meetings being scheduled at the G-20 in Argentina. Also had good discussion on North Korea!”