An Israel-Iran War Is Unlikely – For The Time Being 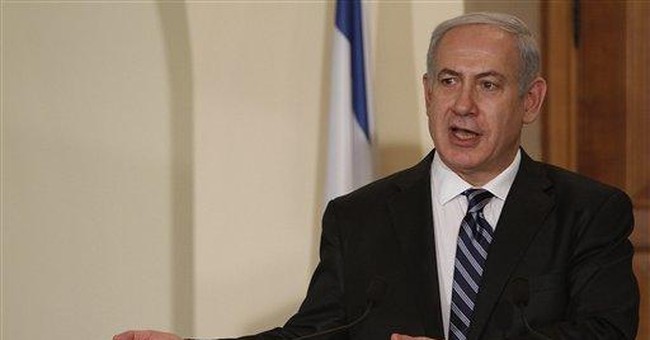 An Israeli-Iran war would not be a limited conflict. Both sides would attempt to destroy the other’s capacity to fight, and the odds for the moment favor Israel.

Two dozen Israeli missiles or bomber sorties could wipe out Iran’s economy in a matter of hours, and that makes a war unlikely for the time being. Fewer than a dozen power plants generate 60% of Iran’s electricity, and eight refineries produce 80% of its distillates. A single missile strike could disable each of these facilities, and bunker-buster bombs of the kind that Israel used last month in Lebanon would entirely destroy them. And as Hillel Frisch points out in the Jerusalem Post, with a bit more effort Israel could eliminate the Port of Kharg from which Iran exports 90% of its hydrocarbons.

After Israeli intelligence stole half a ton of Iranian secret documents in an operation that reportedly involved 100 Mossad agents, Iran must assume that Israel has mapped every point of vulnerability in the country and has considerable capacity for sabotage in the event of war. Iran doesn’t want a war that might end in a Carthaginian peace.

Harder to calculate is Iran’s capacity to hit Israel. Hezbollah has perhaps 120,000 missiles in Lebanon, more than enough to swamp Israel’s “Iron Dome” and other defenses. They are embedded in approximately 200 Shi’ite villages in Lebanon’s south. That makes it difficult for the Israeli Army to attack missile launchers without killing a large number of Shi’ite civilians who provide an enormous human shield.

But if Israel perceives the missiles as an existential threat, it will “bomb Lebanon back to the stone age,” as Transportation Minister Israel Katzsaid in February. Casualties would be in tens of thousands. Hezbollah is Iran’s ally and to a great extent its creation, but an Israeli counterattack might mean the end of the Shi’ite community in Lebanon with catastrophic casualty levels – what one Israeli analyst described as “a Dresden,” referring to the destruction of the German city by firestorm during the Second World War.

During the 2006 Lebanon War, the Israeli government of Ehud Olmert was unprepared for ground combat with Hezbollah, and Israeli diffidence on the battlefield undermined the position of Israel’s partisans in the Bush Administration. Israel’s failure to dislodge Hezbollah was an important factor in the resignation of Defense Secretary Donald Rumsfeld and the sidelining of Vice President Dick Cheney. Israel learned that it earns respect and support from the United States when it fights to win. With the most sympathetic US Administration now in power, Israel will hold nothing back in Lebanon, and Hezbollah knows it. The Israeli deterrent is highly credible.

Iran has an inventory of long- and medium-range missiles that can reach Israel, but it is not known how many Iran has or how vulnerable they are to Israeli missile defense. Israel’s Iron Dome short-range air defense performed far better than outside observers anticipated during the 2014 Gaza War, and the longer-range missile defense system dubbed David’s Sling has been operational since 2016.

Israeli aircraft would control the skies over Iran during any conflict, and it is likely that Saudi Arabia would allow Israel to use its airspace to refuel its planes. Missile launchers would be vulnerable to strikes by Israeli aircraft. If Israel can limit the damage inflicted by Iranian missiles and deter Hezbollah, it will be in a position to ensure that Iran is unable to fight another war for at least a generation. Iran is the fastest-aging country in the world, and might not recover from the annihilation of its infrastructure.

Iran has made considerable efforts to place short-term missiles in Syria, and reportedly lost about 200 missiles last month when Israeli F-15’s used bunker-busters to destroy an Iranian base. That strongly suggests that Iran’s capacity to hit Israel with medium- and long-range missiles is limited. Nonetheless, Israel can’t know in advance whether Iran can swamp its missile defenses, and might suffer major losses if Iran was able to destroy the refineries in Haifa, or oil and chemical storage tanks in Ashkelon. Environmental damage as well as loss of life would be substantial.

Israel won’t take the risk of war unless it is faced with an immediate existential threat, and Iran is unlikely to present one. Iran’s strategy centers on building capacity in Syria to attack Israel via proxies. A former Israeli national security adviser, General Yaakov Amidror, told the Times of Israel May 8, “Iran is in the process of building a war machine in Syria, and we are determined to prevent it from materializing on the ground. We made a huge mistake in Lebanon. We let Hezbollah amass 120,000 missiles in Lebanon. We will not make the same mistake in Syria.”

Whatever the United States decides with respect to the Iran nuclear deal, the outcome is unlikely to be a major war. Israel most likely will continue to play whack-a-mole with Iranian assets on the ground in Syria.