In All Thy Concerns, Be Concerned About This 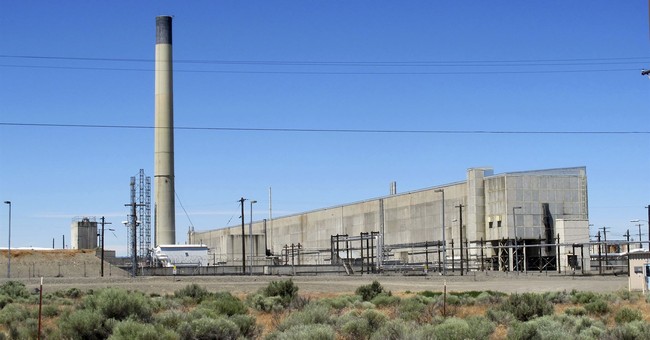 The business investment number in April as measured by capital goods orders was up 1.3%, the lowest year-over-year monthly growth number since President Trump took office.  Factory activity has taken a big hit as a result of the trade war, and the capex-boom is on hold as the benefit of the corporate tax cut policy is being offset by the trade war.  What this chart is showing is that we got a big, and needed, boost in business investment at the beginning of this administration.  And the trade war is now undoing it.

As we move through this third iteration of the trade war, and come into the fourth week since negotiations broke down, it is important to point out what is and what is not going on.  The market tensions right now do not center around the tariffs that are actually on, as much as the uncertainty around where things are going.  Capital spending plans are almost certainly to drop now, and the slowdown in global manufacturing will likely be accelerating.  The market is not trying to figure out what tariffs will be applied to what products - it is trying to figure out what new turns all together this will take (i.e., specific company restrictions).

The thesis remains the same - this is not likely to end until the pain point for one side or both forces a will to end it.  One of the biggest misnomers, since this began, is that what we no longer buy from China, we will simply end up buying from others.  And what China formerly bought from us, they will simply buy from others.  And that in the end, it is all zero-sum, and the global economy will not be impacted because overall trade will not decline.

The reality tells a different story.  Global trade in the aggregate is, in fact, collapsing.  The rest of the world cannot just make up that difference on the flip of a switch, as if there was no reason or comparative advantage to begin with that China and the U.S. traded what they did with each other.  The supply-side school has said since the beginning of time that if you tax more of something, you get less of it.  This is the incentive-driven philosophy behind marginal tax rate reduction.  Well, guess what?  If you tax more of trade, you get less of it too.

So what does this mean?

Two economic superpowers doing less trade with each other hurts the respective economy of each country, which hurts the overall global economy, which impairs the ability of the other countries not directly engaged in the trade war to grow.  It is a negative feedback loop, further worsened by the complex reality of global supply chains (which actually touch numerous countries on the way from nation A to nation B).  All bad economics can be reduced to ignoring the impact a policy has on "unseen" actors - as Henry Hazlitt famously put it.  The reach of a global trade war transcends the two countries directly engaged in it, and what weakens the peripheral countries comes back and weakens the countries engaged in it further, rinse and repeat.

When will this end?  When the pain points reach a point that force one or both sides to desperately need a deal.

I have never, ever, ever throughout my entire career celebrated the drop of interest rates and bond yields, as if a weak expectation of future economic growth or a flight to "safety assets" is what we want to be aspiring for!  But from an asset allocation standpoint, investors who have diversified into stocks and bonds will no doubt see bonds that act like bonds do what they were supposed to do this month - diversify equity market volatility.

The fate of BREXIT

The long-expected resignation of Prime Minister Theresa May has opened the door for a clearer understanding of what Brexit will mean to the UK and the Euro-zone economy.  The "Brexit" party has taken on new levels of momentum, and I believe the political winds are heavily incentivizing a no-deal Brexit, which will finally call the bluff of the media and the European Union who predicted that only a "Brexit in name only" would stabilize economic conditions.

Is the Fed likely to cut rates now with the impact of the tariff war?  As long as we are clearly discussing what I expect will be, and what I believe ought to be, the answer is yes, I see that getting more and more likely by the day.  This is the message the bond market is sending - that they believe the Fed is too tight, and expect the Fed to ease in short order.

The best argument I could offer on debt and interest rates

I did get several who wanted to dig deeper into the portion of last week's Dividend Cafe that argued that excessive sovereign debt would push interest rates lower, not higher, in the years ahead.  The instinctive belief (one I formerly had, too) is that greater debt makes risk greater, and therefore requires a higher yield to compensate for said risk.  The instinctive belief is that higher debt has to be inflated away, which pushes interest rates higher.  I get it.  And I have absolutely no doubt that inflating away debt is what politicians would prefer to do if it could be done.

But rather than participate in a theoretical conversation, I invite you to look at these four charts showing the skyrocketing debt-to-GDP in the United States, Japan, Europe, and Britain (all going from bottom left to top right), and the collapsing interest rates coinciding with each (the line going from top left to bottom right).

Besides the fact that my thesis is exactly what has happened for a generation now, the economics are only counter-intuitive until we think to the next step of it all.  New dollars in debt do less to inflate than the negative effect of the debt on growth.  Period.  It is classic deflation, and it has depressed business activity all over the world.  Productive use of debt grows economic activity, and when the debt reaches levels of non-productive use, it does the opposite.  This is where the term "pushing on a string" became popular with economists - because monetary policy tools eventually just don't work.  I believe the growth of the monetary supply is inflationary, and yet I do not believe the Fed or anyone else can make the money supply grow when they can't generate a velocity of money (the turnover of money in the economy caused by high business demand and economic activity).

I thought this would be a good week to note the growth of federal public debt since just before I was born in 1974.  I am not sure much commentary is needed to add to this week's chart.

“The first principle is that you must not fool yourself - and you are the easiest person to fool.”