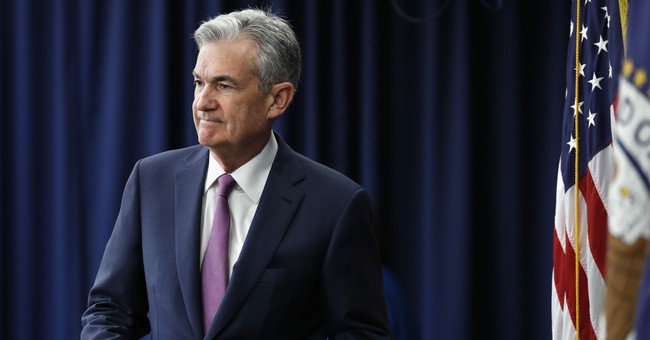 The G7 summit last weekend ended with verbal fights and accusations amongst allies on the Sunday morning talk shows.  In Singapore, on Tuesday the dictator of North Korea and the President of the United States met face to face and laid out a rough plan for working together.  On Wednesday, the Fed raised interest rates and announced plans for more.  On Thursday, the European Central Bank confirmed the end of their “quantitative easing” by the end of the year.  And yet, through all of this, the markets have barely moved a whisker.  This week’s trip into the Dividend Café will give you our take on why, on what markets do care about, and a refresher on “surprise.”  With all that said, let’s get into it …

The Fed is Not Ahead

As was 100% priced into markets ahead of time, the Fed raised rates 1/4 point on Wednesday, and telegraphed another two rate hikes this year.  The market had already [nearly] fully priced in one of those, and the futures market sits at ~50% odds of a second hike in December (same place it was before the Fed announcement on Wednesday).  It is tough to forecast five months in advance.  What we believe at The Bahnsen Group is not related to what they will or will not do, but rather, the fact that whatever they do will be well-telegraphed to markets plenty in advance.  The Fed is forecasting GDP growth that we believe is much lower than it will end up being, and yet ultimately, what markets care about is the pace of tightening, not the direction of it.  Put differently, the market is a discounting mechanism, and for markets to be truly disrupted by normalization of monetary policy, it will have to be because the policy gets ahead of the discounting.  We watch this vigorously.

I spoke on CNBC yesterday about what to expect from the Federal Reserve and how it should impact investor thinking.

The ten-year bond yield has not moved much in months.  And yet, short-term rates have continued their move higher the entire time (the two-year Treasury, this week, hitting 2.56%), creating an increasingly flatter yield curve.  I was most intrigued by Chairman Powell’s comments this week about longer rates (as opposed to the expected actions around short-term rates).  Essentially, the curve is flattening, not so much because short rates are higher (a by-product of strong policy), but because the longer rates are not cooperating and moving higher with them.  This is the bond market saying, “we don’t believe the inflation is coming.”  This is the bond market saying, “the Fed will not be able to sustain this policy normalization.”

History has not been kind to people betting against the bond market.  Do we know the bond market to be wrong?  Of course not!  And if you get healthy, non-inflationary, productive growth, we not only would expect long-term rates to go higher, but we want it to happen!  So all I can say while this fight plays out is that the Fed is focused on models, while the bond market is focused on economic actors with skin in the game.  For our money, we continue to believe global conditions and disinflationary forces will not let rates move much higher, certainly not in a secular sense.

Why didn’t the market respond to North Korea summit?

Even in the height of the tension last summer, the bond spreads in South Korea were tight as can be.  In other words, the REAL risk markets were NEVER anticipating actual day to day risk from the North Korea noise.

The North Korea risk (nuclear conflict, elevated military action) was what we call TAIL RISK – meaning, very low probability, very high effect.  Tail risk doesn’t get priced in and out of the markets day to day because, well, it is tail risk.  The highly unlikely bad things that could happen come and go, but they never all go away.  So such tail risk persists.  Even as this one improves, others remain.

The REAL day to day issues of the market remains the continued tug-of-war between a very strong economy/earnings environment, largely brought on by tax reform and deregulation, VERSUS the new monetary landscape of a normalizing Fed.  We think the Bulls win, but volatility and directionless-ness will persist until it doesn’t.

As an aside, $296 billion of cash was repatriated to the United States in the first quarter.

Financial risk and our self-awareness

One of the reasons we show clients the “standard deviation” results of their portfolio (the volatility around the portfolio return), not to mention the basic asset allocation (percentages of different asset classes), and “draw-down” (amount of downward movement from a peak to a trough), is because we want our clients to be aware of “risk” – meaning, the emotional realities of what they have theoretically been exposed to.  The fact of the matter is that often returns are generated, certain risks (i.e. potential for downside volatility) do not come to fruition, and it numbs or spoils investors about the reality of said risk.  It is difficult to be concerned about risks that don’t bite.  So the numbness or complacency then builds further, and voila, when least expected or prepared, real risks hit – and the pain is worse.

How do we defend against this?  Constant communication.  Constant truth-telling. And consistent financial education.  What is the greatest lesson in financial understanding?  There is no free lunch.  Return premiums have a cost.  To pretend otherwise is not something we will ever do.

When dividend growth can solve the controversies of the day

There is a discussion playing out in the financial press right now about the role of “short-term guidance” from public companies in corporate America.  I managed to find a way to connect this story to dividend growth in this week’s Market Epicurean piece.[Linked Here]

Why do we believe active management will prove more attractive in the years to come (presuming good active management, of course)?  Because we believe the embedded benefit of passive management was greatly enhanced by the balance sheet expansion of the Fed since the financial crisis.  This made differentiation and selection more challenging.  So if the Fed is indeed reducing its balance sheet (it is), we suspect that takes away some of the “leveling” effects that benefited passive over active.

“Emotion, which is suffering, ceases to be suffering as soon as we form a clear and precise picture of it.”

* * *
What a crazy week in the news cycle!  I saw some things and I never thought I would see, and that doesn’t even include what could become another round of merger mania!  The market has been resilient in recent weeks, and the Q2 earnings results are a month away.  As readers of this week’s Market Epicurean know, our long-term projections are not moved by one quarter’s activity.  We commend you who are focused on the long-term dividend growth of companies looking to sustain long-term success.  And we remain at your beckon call with questions or comments related to your financial guidance!  To that end, we work.