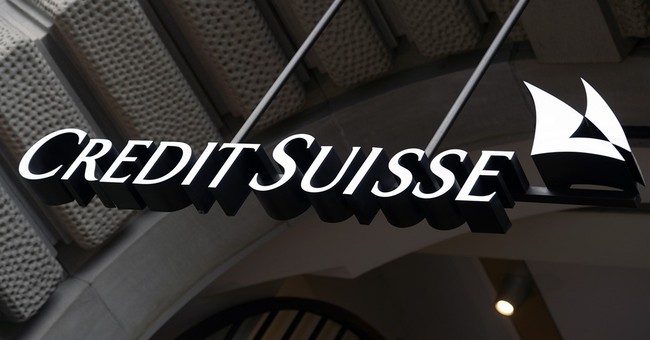 Big Bank cronies or “banksters” dodged a bullet on Sunday June 10th when their side won in an official Swiss referendum. The official title of the referendum was For Crisis-Safe Money: Money Creation by the National Bank Only! (Sovereign Money Initiative). The bullet they dodged, which could have eventually been fatal, was removing the ability of Banks [To] Make Money By ‘Making Money’.

Reuters provides a good overview of the basic referendum facts of the Sovereign Money Initiative (SMI) including:

“A radical plan to transform Switzerland’s financial landscape by barring commercial banks from electronically creating money when they lend was resoundingly rejected by Swiss voters on Sunday.”

“More than three quarters rejected the so-called [SMI], according to the official result released from the Swiss government.”

“All of the country’s self-governing cantons also voted against in the poll, which needed a majority from Switzerland’s 26 cantons as well as a simple majority of voters to succeed.”

“Concerns about the potential risks to the Swiss economy by introducing a ‘vollgel’ or ‘real money’ system appear to have convinced voters to reject the proposals.”

In addition, Reuters provides a good summary of the basic banking facts that inspired the SMI including:

“The vote, called under Switzerland’s system of direct democracy after gathering more than 100,000 signatures, wanted to make the Swiss National Bank (SNB) the only body authorized to create money in the country.”

“Contrary to common belief, most money in the world is not produced by central banks but is instead created electronically by commercial lenders when they lend beyond the deposits they hold for savers.”

“The plan could have had repercussions beyond Switzerland’s borders by removing a practice which underpins most of the world’s bank lending.”

My recent Townhall Finance article of Banks Make Money By ‘Making Money’ confirmed how most of the money in the American and world economies are “created out of thin air” mainly by Big Banks. For example, the Bank of England (BoE), which is The Fed of the UK, has said:

“Money creation in practice differs from some popular misconceptions — banks do not act simply as intermediaries, lending out deposits that savers place with them. Rather than banks receiving deposits when households save and then lending them out, bank lending creates deposits. For this reason, some economists have referred to bank deposits as ‘fountain pen money’, created at the stroke of bankers’ pens when they approve loans.”

Reuters also provides all-too-typical examples of the mainstream disdain for any free-market-friendly reforms especially those that impact the long-standing symbiosis between Big Banks and Big Government. This includes hidden editorial through the use of words above like “radical” and “so-called”. This also includes providing far more content about the “no” case than the “yes” case  - ie 10 paragraphs out of 19 versus 4.

“Support for reform had grown in the wake of the 2008 economic crisis, with campaigners saying their ideas would make the financial system more secure and protect people’s savings from bank runs.”

“Campaigners - a group of academics, former bankers and scientists - said they would continue to work on raising their concerns.”

“The discussion is only just getting started,” said campaign spokesman Raffael Wuethrich. “Our goal is that money should be in the service of the people and not the other way around and we will continue to work on it.”

A sample of the many “no” related points featured by Reuters included:

“The Swiss government, which had opposed the plan because of the uncertainties it would unleash, said it was pleased with the result. Swiss people in general don’t like taking risks, and the people have seen no benefit from these proposals. The suspicions against the banks have been largely eliminated,” Finance Minister Ueli Maurer said.

“If approved, Switzerland, famed for its banking industry, would have been the first country in the world to introduce such a scheme, leading opponents to brand the plan a dangerous experiment which would damage the economy.”

“As well as the Swiss government, opposition came from the [SNB] and business groups. We are pleased, this would have been an extremely damaging initiative,” said Heinz Karrer, president of business lobby Economiesuisse.

The BoE nicely summarized the main rationale behind the “no” case in their 2014 paper of Money Creation in the Modern Economy as follows:

“Households and companies who receive the newly created money might respond by undertaking transactions that immediately destroy it, for example by repaying outstanding loans.”

“Regulatory policy acts as a constraint on banks’ activities in order to mitigate a build-up of risks that could pose a threat to the stability of the financial system.”

“[M]onetary policy affects how much households and companies want to borrow … through influencing the loan rates charged by banks, but also indirectly through the overall effect of monetary policy on economic activity in the economy. As a result, [this] ensure[s] that money growth is consistent with [the] objective of low and stable inflation.”

The main driver behind the SMI was the Vollgeld Initiative. They wrote in The Background to the National Referendum on Sovereign Money in Switzerland that the key point to the “yes” case was:

“The [SNB] would be the sole organisation authorised to create money – not only cash and coins, but also the electronic money in our bank accounts.”

“The banks would provide all the services as they do now including bank accounts, payment transactions and loans. They just won’t be able to create money anymore.”

SNB and others are also referred to and quoted by Reuters regarding inflation as follows:

“This arrangement, underpinned by the belief that most debts will be repaid, has been a cornerstone of the global capitalist system but opponents say it is unstable because the new money created could exceed the rate of economic growth, which could lead to inflationary asset bubbles.”

“The SNB acknowledged the result, saying adoption of the initiative would have made it much harder to control inflation in Switzerland. With conditions now remaining unchanged, the SNB will be able to maintain its monetary policy focus on ensuring price stability, which makes an important contribution to our country’s prosperity, ” it said in a statement.

The first quote by Reuters makes little sense. The second quote by SNB is very worryingly either negligent or fraudulent when it comes to their economic understanding of inflation. This can be seen from my LibertyWorks article from last year of Big Banks and Government Need Each Other. This quoted Chicago School economist Milton Friedman, Austrian School economist Murray Rothbard and the original Keynesian economist Maynard Keynes respectively:

“Inflation is always and everywhere a monetary phenomenon in the sense that it is and can be produced only by a more rapid increase in the quantity of money than in output.”

“Every business cycle is marked, and even ignited, by inflationary expansions of bank credit.”

“By a continuing process of inflation, governments can … not only confiscate, but they confiscate arbitrarily; and, while the process impoverishes many, it actually enriches some.”

On the one hand, the defeat of this Swiss referendum is a defeat for free markets and common folks, not only in Switzerland but also for the USA and the rest of the world. On the other hand, the fact that such a “radical” reform proposal even made it to a referendum, is a win in and of itself for liberty. In the hundred-plus year war against the self-serving partnership between Big Banks and Big Government, any significant win in a battle such as this is most welcome indeed.