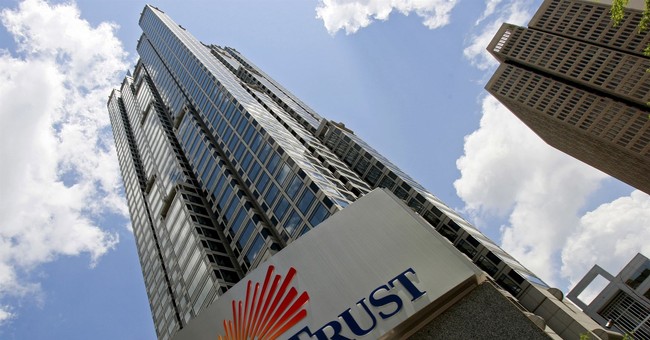 The chief economic propagandist for the New York Times, Paul Krugman, recently asked in his “Wonkish” opinion column: “The thing is, the Fed and other Central Banks still basically operate with an [incorrect inflation] framework. When will THEY adapt to reality?”

The far better question is: “When will KRUGMAN adapt to reality?” This reality is that inflation is and always has been driven by money creation … not only by the Fed and other Central Banks … but even more so by the Big Banks in the US and around the world.

As fellow Economics Nobel Laureate, Milton Friedman, powerfully stated in his book Money Mischief: “Inflation is always and everywhere a monetary phenomenon in the sense that it is and can be produced only by a more rapid increase in the quantity of money than in output.”

Australian “do tank” LibertyWorks went even further in their landmark submission in mid-2017 to my former boss Senator Malcolm Roberts. At the time, the Senator was the chairman of the Senate Select Committee on Lending to Primary Production Customers. The submission highlighted:

the legal “pyramid scheme” worldwide which is “established and maintained by” Big Government which in turn “grants uneconomic and unethical power to not just” the Australian Central Bank “to print unsound money but to” the Big Australian Banks as well “to lend yet more unsound money”.

In other words, inflation is a monetary and financial phenomenon caused by a Big Government system of Central Bank money creation and Big Banks credit creation.

The standard textbook narrative on bank loans usually goes something like this as per a mid-2016 newspaper article entitled Banks as Financial Intermediaries:

“Financial intermediation is the process performed by banks of taking in funds from a depositor and then lending them out to a borrower. As such, [banks] channel funds from people who have extra money or surplus savings to those who do not have enough money to carry out a desired activity.”

To put it another way, banks are only efficiently matching savings and investment and doing so according to normal business accounting conventions and at a reasonable return. Nothing could be further from “the truth, the whole truth and nothing but the truth” (noting the Ravi Zacharias quote at the end of my recent Marvel Infinity War article.) As stated in in the LibertyWorks submission:

Money and credit are mostly created through “fractional reserve banking” (FRB). FRB in effect allows for “approximately $9 extra” to be “created by” the Big Banks “out of ‘thin air’ for every $1 created by” the Central Bank and/or savings. This arises “as a result of government failure not of market failure – ie government control over market freedom”. In particular, FRB “primarily emanates from a plethora of” Big Government “legislation/regulation especially that to establish and/or maintain an exclusive”:

“A) monopoly on currency-based money by the” Central Bank “not properly backed by sound money”;

“B) license to create credit-based money” by the Big Banks “not properly backed by deposit assets”; and

“C) situation for the cartelisation of the banking industry by” the Big Banks.

But don’t take “the word” of free market groups like LibertyWorks or of Austrian School economists like me. Instead, look to what the world’s oldest Central Bank of the Bank of England (BoE) wrote in two (very surprisingly) transparent and honest (yet statism apologetic and economically naïve) papers in 2014: Money in the Modern Economy; and Money Creation in the Modern Economy.

The former is largely a high level introduction to the latter. The key highlights from Money in the Modern Economy are:

“There are three main types of money: currency, bank deposits and central bank reserves. Each represents an IOU from one sector of the economy to another. Most money in the modern economy is in the form of bank deposits, which are created by banks themselves.”

“Currency only accounts for a very small amount of the money held by people and firms in the economy. The rest consists of deposits with banks, as shown in Chart 1.” (Source. Chart on page 11.)

The more significant and detailed paper is Money Creation in the Modern Economy. The key highlights are:

“Money creation in practice differs from some popular misconceptions — banks do not act simply as intermediaries, lending out deposits that savers place with them. The reality of how money is created today differs from the description found in some economics textbooks. Rather than banks receiving deposits when households save and then lending them out, bank lending creates deposits.”

“Of the two types of broad money, bank deposits make up the vast majority — 97% of the amount currently in circulation. For this reason, some economists have referred to bank deposits as ‘fountain pen money’, created at the stroke of bankers’ pens when they approve loans. This process is illustrated in Figure 1.” (Source.)

In short, the following “vicious circle” of Big Government and Crony Capitalism is made: FRB => MP + CP => MI + GI => PI. However, the Big Banks credit creation ‘sausage’ (through FRB) could not exist but for Central Banks like the Bank of England, Reserve Bank of Australia and the Fed. For as Vladimir Lenin once said:

“The establishment of a Central Bank is 90% of communizing a nation.”