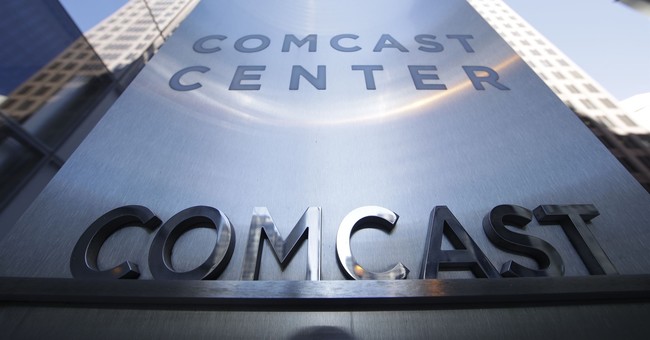 CPI fell slightly in March, along with a decline in the gasoline index. At the same time, average real earnings went up a bit. Both reports came in mid-April from America’s major source for official economic indicators – ie the federal Bureau of Labor Statistics (BLS).

What does this mean? Less costs plus more income equals a greater standard of living. Why? Competition. Who? President Trump and his Administration are starting to “make competition great again”.

How? By policies that increasingly get Big Government out of the way of “Main Street” investors, businesses and families. Which? By reducing taxes and regulations.

The latter includes red tape cuts for those providing the master resource of energy. The former includes tax cuts for the ultimate resource of entrepreneurs. Both are being supplemented through appointments of federal judges, who are not activists in favor of a living constitution and bureaucrat control.

The President has said many times before that we may get tired of winning so much. We are certainly winning more than we have since perhaps the Clinton-Gingrich or the Reagan-Volcker eras of the 1980s and 1990s respectively. We are, however, a very long way off winning fatigue. This is because there so much more that can, and should, be done when it comes to competition.

The take-and-tamper state is still unnecessarily burdensome on the private sector, especially in terms of spending, borrowing and printing money. This hurts competition. That, in turn, hurts most (but not all) of us. Even highly educated folks don’t often get this. Including, sadly, many economists.

The primary cause is the domination of the minds, hearts, and wallets by the Disinformation Industrial Complex or DIC. The biggest DICs can be found in public education, media and entertainment.

I say “public” as most education, at all levels, is government owned, subsidized, or otherwise controlled. This also goes for media and entertainment, such as through government ownership and control of the airwaves and stadiums.

An important part of entertainment is sports: be it watching the over-paid pros of the major leagues or the under-paid semi-pros of college and Olympics fame; or be it participating as amateurs of the more-or-less serious variety. Almost everybody, including the progressively political ESPN, understands the importance of genuine competition on the fields, courts, rinks and links.

I will put aside for the moment the very interesting, but quite technical, issue of: to what extent should professional clubs compete with each other not just on the field but off the field as well. At one stage of my life, in the 2000s, I was seriously considering doing an economics PhD thesis on this. And with particular reference to the contrasting approaches of American leagues like the NFL, Australian ones such as the AFL and those in Europe, for instance, the English Premier League.

Obviously, in sports each game and season has the one winner. Although some allow for ties, these are commonly considered more like lose-lose outcomes.

Far less obviously, is the inherent win-win nature of competition in the market. As I wrote last year for LibertyWorks in part two of my trilogy of articles on the cost of living:

This basic process of win-win exchange is taken to an even higher level of win-win-win by free market competition. There are a number of reasons for this. A really important, but neglected, one is that all businesses and consumers get to “free ride”, as it were, on the ever decreasing prices and increasing innovation that competition makes possible.

Such competition is essentially a bottom-up discovery process. It is far more effective, efficient and peaceful than that of the top-down process of government command-and-control.

Two heads are better than one, especially two with “skin in the game” versus one without. Millions of businesses and consumers know, and can act on, their own interests at the “coal face” better than thousands of politicians and bureaucrats can on their behalf “on high”.

This discovery process minimises any conflict between human action and being free to choose. It does this by best juggling the plethora of information and incentives that each individual and community faces in pursuing their subjective ends and objective means. This is summed up in price.

The government process, regardless of how democratic or not, is all about monopoly. This is a win-lose process, like sports. Government itself is, by definition, a monopoly of force in any one jurisdiction.

The process of government, as both logic and history shows, tends to tax, spend, regulate, borrow and money print in a way that crowds out competition and grows other monopolies underneath it in a way akin to subsidiary corporations under the parent corporation.

Monopoly leads in the opposite direction than that of competition; eventually and inevitably resulting in lesser supply and greater prices. This government monopolization process is win-lose-lose, unlike the win-win-win process of free market competition.

Competition works always and everywhere; monopoly doesn’t. This is true even in domestic industries that have been considered for many decades to be natural monopolies like infrastructure and public utilities or even foreign ones practising unfair trade.

In terms of so called natural monopolies, Congress and the Administration needs to look no further than Australia and their highly successful pro-competition reforms from the mid-1990s to mid-2000s in energy, transport and water. These reforms were called National Competition Policy (NCP). NCP was rigorously assessed to have boosted the average household’s annual income “Down Under” by $7,000.

Competition is the only true regulator. So not only “let freedom ring”, but “let competition reign”.