Free Markets And The Chilean Miracle 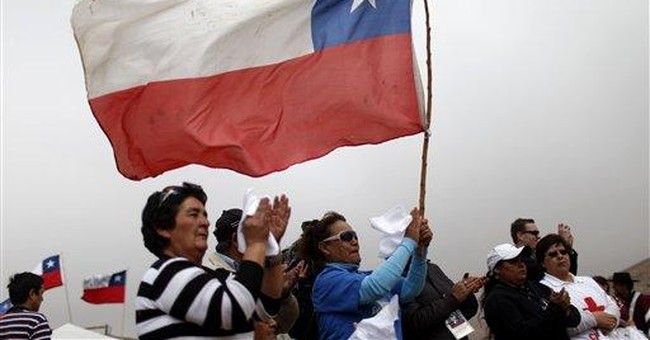 There are certain topics that seem to be slam-dunk wins for those who favor free markets and limited government, and one reason I make this assertion is that folks on the left don’t even bother to make counter-arguments.

Here are just a few examples:

Prior to today, I also would have included this example:

But now I can no longer include Chile’s economic renaissance because I finally found someone who concocted an alternative explanation.

As part of a column in today’s Washington Post about Chile’s upcoming presidential election, Anthony Faiola made this claim about that nation’s economic performance.

After Pinochet’s ruthless rule came to an end in 1990, the newly democratic nation witnessed a historic period of economic growth. Gross domestic product growth between 1990 and 2018 averaged 4.7 percent annually, well above the Latin American average. Over that same period, democratic governments increased social spending. Extreme poverty (below $1.5 per day) was virtually wiped out.

But now let’s consider whether this alternative explanation is accurate.

Mr. Faiola wants readers to believe that the positive developments in Chile (“historic period of growth” and “extreme poverty…was virtually wiped out”) occurred after 1990.

But if that’s the case, why did per-capita living standards begin to climb much earlier?

As shown by these two charts, it’s far more likely that the dramatic rise in per-capita economic performance around 1980 is the result of a big increase in economic liberty (as measured by Economic Freedom of the World) that also was occurring around that time.

(There is a separate measure of economic freedom for the years before 1970, so the orange and blue lines are discontinuous.)

One should always be careful about interpreting numbers. For instance, national economic data at a given moment in time will be affected when there are periods of global recession, such as the early 1980s and 2008.

Which is why it is important to look at longer periods of time. And when looking at decades of data for Chile, the big jump in prosperity clearly began after the economy was liberalized, not after Pinochet ceded power in 1990.

We’ll close with some bad news and good news.

The bad news, as captured by the bottom-half of the stacked charts abvoe, is that there hasn’t been much pro-market reform in recent decades.

But the good news is that Chile hasn’t deteriorated. The nation has endured some left-leaning governments, but economic freedom has remained high by world standards. Which means the economy continues to grow.

P.S. I’ll add some worrisome news. The left in Chile wants a new constitution that would give politicians more power over the economy. If that effort is successful, I fear the country will suffer Argentinian–style decline.

P.P.S. I suppose Mr. Faiola deserves some credit for cleverness. Some leftists have tried to argue Chile is a failed “neoliberal experiment.” Given the nation’s superior performance, that’s obviously an absurd strategy. So Faiola came up with a new hypothesis that acknowledges the growth, but tries to convince readers that it’s all the result of things that happened after 1990. He’s wildly wrong, but at least he tried.

P.P.P.S. I have a three-part series (here, here, and here) on how low-income people have been big winners as a result of Chile’s shift to free enterprise.