Spending Restraint Is A Necessary For Good Tax Policy 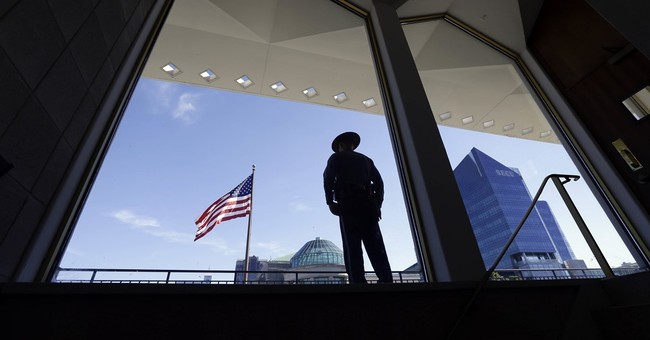 In my column yesterday about state tax systems, I specifically noted that North Carolina has been making big improvements.

Not only did the state shift to a flat tax a few years ago, it recently voted to lower the rate from 5.25 percent to 3.99 percent.

Why did this happen?

The easy answer is that Republicans gained control of the state legislature. But that’s – at best – only a partial answer. After all, there are plenty of places where Republicans gain power and don’t enact good fiscal policy.

So maybe a better answer is that Reagan-style Republicans took control.

I suspect that’s a far more accurate answer, but I want to dig deeper and look at a policy reform that made the tax cuts possible.

And by controlling the growth of spending, they created fiscal maneuvering room for lower tax rates.

In a column for a North Carolina newspaper, John Hood, a board member of the John Locke Foundation (the state’s pro-market think tank) explains what happened.

…in North Carolina, conservative governance has actually reduced the size of state government and significantly improved its fiscal condition. …As a share of the economy, state spending has averaged about 5.8% over the past 45 years. It was well over 6% as recently as 2009. Since fiscally conservative Republicans won control of the General Assembly in 2010, however, budgets have gone up every year in dollar terms but have gone down almost every year when expressed as a share of GDP. That’s because legislative leaders have stuck to their commitment to keep annual spending growth at or below the combined rates of inflation and population growth. …That has, in turn, allowed legislators to rebuild the state’s savings reserves, pay off state debt, and finance several rounds of growth-enhancing tax cuts.

I fully agree that the goal should be to reduce state spending as a share of GDP, so kudos to North Carolina lawmakers.

By limiting annual spending increases, they have strengthened the private sector.

Here’s a chart, based on data from the National Association of State Budget Officers, showing what has happened to state spending since 2010. For background, a simple rule of thumb is that the “general fund” is money a state raises and spends while “total spending” includes that spending plus money that comes from Washington.

By the way, population has increased by about 1 percent annually in North Carolina, so per-capita state spending is only growing by about 1.5 percent per year.

All things considered, a very good job. Too bad Republicans in Washington don’t push for similar policies (to be fair, they did restrain spending during the Tea Party era).

I’ll close with a worrisome observation that North Carolina does not not have a TABOR-style constitutional spending limit.

So while it’s admirable that state lawmakers have restrained spending over the past decade, there are no guarantees that the Tarheel State will enjoy spending restraint in the future.

So North Carolina should copy Colorado and adopt something like TABOR. Or, they can demonstrate their worldliness by copying Switzerland’s “debt brake,” which is another constitutional provision to limit spending.

The goal – for the state and the nation – should be some sort of spending cap.