Will Excessive Government Spending Cause Another European Debt Crisis? 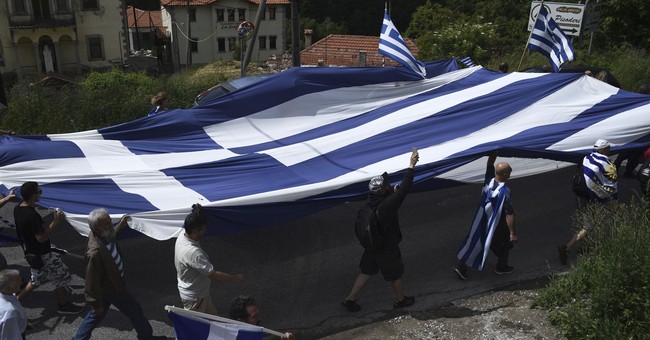 I’ve periodically warned the European nations such as France, Italy, Greece, and Spain almost surely are doomed to suffer a fiscal crisis.

This is because governments in Europe didn’t respond to the 2010 crisis by actually solving the problem of excessive spending.

Instead, I pointed out about five years ago that they have allowed the spending burden to rise, as measured by outlays as a share of economic output.

So what’s the net result?

Writing for the Hill, Desmond Lachman of the American Enterprise Institute is concerned about the possibility of a new round of fiscal chaos in Europe.

In 2010, the Eurozone experienced a sovereign debt crisis that shook the world economy. Today…, it appears that the Eurozone could be well on the way to another such debt crisis. It is not only that the public finances of several key countries in the Eurozone periphery are considerably worse than they were on the eve of the 2010 sovereign debt crisis. It is also that inflation has risen to a level that will make it difficult for the European Central Bank (ECB) to continue to keep the Eurozone periphery governments afloat by a continuation of bond purchases on the massive scale that it has been doing to date. …Over the past 18 months, in response to the pandemic and with a view to stimulating the European economy, the ECB increased the size of its balance sheet by more than $4 trillion. …The fly in the ointment for countries such as Italy and Spain is that they cannot expect that the ECB will continue to buy their bonds on a large scale forever. …Another reason to fear an early end to the ECB’s massive bond-buying program is the strong resistance to such bond buying by the Eurozone’s northern member countries in general and by Germany in particular. These countries view the ECB’s bond-buying activities as a move to a fiscal union through the backdoor.

Excellent points, particularly with regards to the malignant role of the European Central Bank, which has created the conditions for a much bigger crisis by enabling bigger government and more debt.

If you want to understand how much worse the debt problem is today, here’s a chart based on OECD data for European nations (with the U.S. and Japan added for purposes of comparison.

Keep in mind, of course, that the debt is basically a symptom of the real problem of excessive spending.

Though debt becomes its own problem when investors no longer trust a government’s ability to pay bondholders.

P.S. Notice Switzerland’s good numbers, which is an argument for that nation’s spending cap.

P.P.S. The problem in Europe is too much government spending, not the euro currency.

P.P.P.S. Eurobonds will make things worse in the long run.

P.P.P.P.S. It is possible to reduce large debt burdens, so long as governments simply restrain spending.