A Dependency Lesson From Argentina 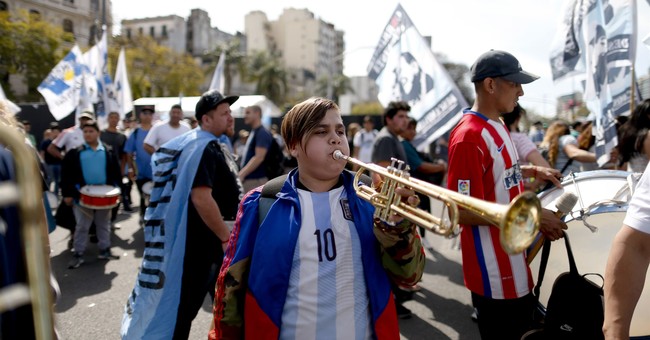 Back in 2017, I shared my Second Theorem of Government to warn why it is so important to resist new government giveaway programs.

And I used Obamacare as a costly example.

Simply stated, it’s much easier to block new handouts than it is to take away goodies once people have been conditioned to think they can and should rely on government.

In some sense, this is not just about economics. It’s also about preserving societal capital.

All of which helps to explain why it is so important to resist some of Biden’s proposed giveaways, such as parental leave and per-child handouts.

And if you want some extra evidence, look at places where people have become accustomed to living off others.

In her column for the Wall Street Journal, Mary Anastasia O’Grady writes about the basket case of Argentina.

Socialist ideologues know that the welfare state is addictive. New entitlements create dependencies that, once born, demand to be fed and to grow no matter the party in power. Argentina proves the rule. The Argentine electorate may be about to throw out the hard-left Peronists… The bad news is that even if peronismo loses its unchecked power in Argentina’s National Congress, it’s probably too late to avoid another fiscal and monetary crisis. …Both legislative chambers are likely to remain heavily populated by advocates of European socialism.

She shares some history about Argentina’s descent from prosperity to dependency, and points out how the entitlement mindset makes much-needed reforms very difficult.

One hundred years ago Argentina was one of the world’s most prosperous nations. But as the roaring ’20s wound down, continental fascism gained cachet. …Gen. Juan Perón, who ruled from 1946 through 1955 and again briefly in 1973-74, was especially fond of Benito Mussolini’s Italy. …statism sticks once it’s in place. …fiscal profligacy endured and support for rigid labor laws remained intransigent. …even with Argentine inflation above 50%, widespread price controls and the economy sputtering for a decade, a viable alternative to populism hasn’t emerged.

For more information about the economic tragedy of Argentina, you can click here, here, and here.

To be frank, however, I’m not overly concerned about that country. Like Greece, I view it as a lost cause.

What worries me is that the United States may wind up on a slippery slope if more entitlements are added to our already-creaky and burdensome welfare state.

P.S. Argentina probably wouldn’t be such a basket case if the IMF didn’t provide endless bailouts.

P.P.S. It wasn’t too long ago that Biden seemed to understand the importance of societal capital.